To share your memory on the wall of Jane Eleanor (Ross) Owens, sign in using one of the following options:

Print
Jane Eleanor (Ross) Owens passed away peacefully at the Central Vermont Medical Center on January 8, 2021. She was 89 years old, although if asked, she would have told you she was 27 years old, as she had been claiming for the last 62 years.

Jane Eleanor (Ross) Owens passed away peacefully at the Central Vermont Medical Center on January 8, 2021. She was 89 years old, although if asked, she would have told you she was 27 years old, as she had been claiming for the last 62 years.

In East Fishkill, NY, Jane was an active member of the Episcopal Church of the Resurrection for three decades. During the 1980's and 1990's, she worked the polls as a volunteer registrar and volunteered at the East Fishkill Library. She was an avid seamstress, having made her own wedding dress, and she adored making frilly dresses for her daughter and granddaughters when they were little.

In her later years, she went to live in Calais, VT with her son Stephen Owens and daughter-in-law Carol Beatty.

Jane was well-known for her love of hotdogs and Wayside Inn onion rings, as well as her mischievous sense of humor and her sardonic one-liners, such as, “A woman’s place is in the home, and she should go there directly after work”; “Don’t pick a lemon from the Tree of Love” or “The best things in life are free, or at LEAST 75% off the lowest ticketed price."

The family wishes to thank Laura Atkinson for the loving care she took of Jane for the last four years.

We encourage you to share your most beloved memories of Jane Eleanor (Ross) Owens here, so that the family and other loved ones can always see it. You can upload cherished photographs, or share your favorite stories, and can even comment on those shared by others.

We happily think back to July 2009 when we were on leave in America for 3 weeks with Cynthia, Marc and Ian.
We did a lot of trips then also with Jane and we remember her as a pleasant and cheerful person.
We also stayed in Vermont for a few days with Steven's family and received a warm welcome, we would like to thank them again for that fantastic time.
We wish the family a lot of strength in the loss of their beloved mother.

Posted Jan 17, 2021 at 06:39pm
There’s magic in a mother’s touch and sunshine in her smile. She did everything to make your lives worthwhile. You could find both hope and courage just by looking in her eyes. She was a strong lady. Her humor was a source of joy. There was kindness and compassion to be found in her embrace and you could see the light of heaven shining from your mother’s face.
She’s with you every day.
Our sincerest condolences,
Family Van Broeck – Joly
Belgium 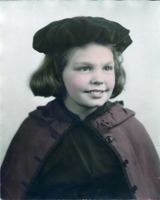 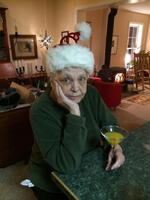