To share your memory on the wall of Richard R. Ouellette, sign in using one of the following options:

Provide comfort for the family by sending flowers or planting a tree in memory of Richard R. Ouellette

Provide comfort for the family by sending flowers or planting a tree in memory of Richard R. Ouellette

Print
Richard. R. Ouellette, 57, of Enosburg Falls, VT – Beloved husband to wife Lisa (McLaughlin) Ouellette, of 36 years went to be with the Lord June 12th, 2021 due to an extended illness.

Richard was born June 10th, 1964 in Methuen, Mass. The Son of the late Rosaire and Maryline (Doucette) Ouellette. Richard was raised in Connor, Maine and resided in Enosburg Falls, Vt. for the past 17 years.
Richard was a very hard-working man but his pure joy and dedication was with his family. He was a very well-respected man, well known for his direct honesty and quick wit and always willing to lend a helping hand.

Richard was pre-deceased by both his parents, his Brother Ronald Ouellette of Stockholm, Maine and His Sister, Angel Nibby of Caribou, Maine.

Per Richards request, there will be no service at this time, his family will be initiating a celebration of Richards life at a later date.
Read Less

We encourage you to share your most beloved memories of Richard R. Ouellette here, so that the family and other loved ones can always see it. You can upload cherished photographs, or share your favorite stories, and can even comment on those shared by others.

Posted Jun 16, 2021 at 12:13pm
The entire staff of A W Rich Funeral Home wishes to express our deepest sympathy to you and your entire family during this difficult time.
Comment Share
Share via: 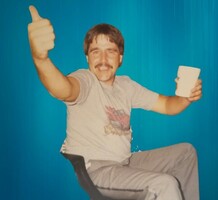 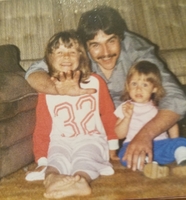 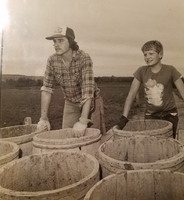