To share your memory on the wall of Stephen Pierce, sign in using one of the following options:

Stephen was born on September 16th, 1970 in Saint Johnsbury, Vermont, attended St Johnsbury Academy, and graduated from VTC with a degree in electronics. He lived in several cities and towns across the United States and a short time in Germany. He last settled in Saratoga Springs, New York where he has lived since 2015.

Stephen’s career spanned 30+ years supporting the semiconductor industry. Stephen was a natural analytical problem solver. His intelligence was more than technical it was also emotional. That is what made him an effective leader. He had an ability to understand people’s feelings and used that to motivate and inspire. There are some traits that can’t be taught, and compassion is one that Stephen had in spades and this trait served him well throughout his career. Anyone that worked with or for him knew they could always trust him to effectively guide, coach and lead them to success. Stephen’s work ethic was infectious and could be felt in his employees and his supervisors.

Stephen was a man who was larger than life, a born leader always looking out for the wellbeing of those around him. Being in his presence there was an unmistakable sense of safety and security. Stephen was a social man, not shy about meeting new people and made friends wherever he went. When you saw Stephen walk into the room or heard he was coming to town, you made yourself available and knew you were going to have a good time. His travels for business and pleasure brought him around the globe giving him the opportunity to experience life that most only dream of. Stephen lived his life without compromise or apology, always up for adventure and was sure to include anyone and everyone who dared to tag along. Those fortunate enough to have met him never forgot him and likely had a friend forever. Stephen left a big whole in this world and will be missed by more people than I can imagine.

Stephen is survived by his parents, Stephen F Pierce Sr. and Johanna Pierce, partner, Susie Politano LaRosa, sister and brother-in-law, Cynthia and Lawrence Riendeau and their children, his great nieces, and nephews as well as countless aunts, uncles, cousins, and dear friends. Stephen never had children but adored his nieces and nephews as if they were his own.

Services will be held at convivence of the family. Please visit awrfh.com to share your memoires and condolences.
Read Less

We encourage you to share your most beloved memories of Stephen here, so that the family and other loved ones can always see it. You can upload cherished photographs, or share your favorite stories, and can even comment on those shared by others.

Posted Apr 21, 2021 at 03:12pm
My condolences for the sudden loss of Stephen. I worked with stephen at Global foundries in Fishkill Ny and also indirectly with Stephen in the Varian Semiconductor/Amat family. He knew just as many folks as i do in the industry and had alot of people friends in common. He was working as Equipment Engineer and had involvement with the ion implanter tool that i work on. Its amazing how many people we could meet in the same work and have so many f the same friends. He will be missed im sure. His work In GF although we cant necessarliy see the end product, when you see future electric cars out there you can know he had a small part of their evolution.
Comment Share
Share via:
KG

Posted Apr 21, 2021 at 08:22am
So sorry for the sudden loss of Stephen . I worked with him at Globalfoundries in East Fishkill Fab 10. It was shocking to hear of his passing. He was a great Equipment Engineer and was wonderful to work with. My condolences to his family .
Comment Share
Share via: 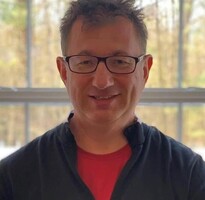 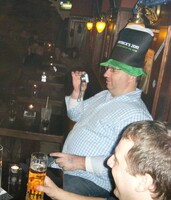