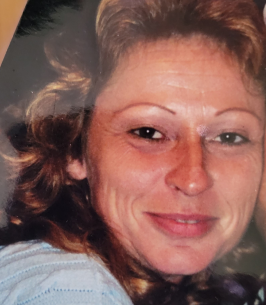 Arlene Beverly (Gabaree) (King) Savard, 56, of Essex, Vermont went to her heavenly home with her Lord and Savior after a lengthy illness on July 23, 2022 with family by her side. She was born August 22, 1965 in Burlington, Vermont to
Hollis and Eleanor Gabaree of Jericho. She attended Mount Mansfield Union High School.

Arlene was predeceased by her parents Hollis and Eleanor Gabaree and her siblings Julia Robair, Raymond Gabaree and James Gabaree.

In her youth Arlene worked on her family’s farm in Jericho. Later she held positions in the hotel business, for the Visiting Nurse Association, at Twincraft Soap and later ran her own house cleaning business. Arlene enjoyed attending church, taking care of animals, hunting, fishing, dancing, knitting, crocheting, cooking and canning. She collected unicorns, religious statues and antiques. She loved to garden, paint, and make crafts. Above all, she enjoyed spending time with family and friends.

The family would like to give special thanks to Arlene’s sister-in-law, Laurie, for her many months of caring and support, as well as her sister-in-law, Karen, for her caring and assistance with meals and planning. The family also wishes to thank Arlene’s sisters, Sally and Peggy, for their care and support. The family extends appreciation and thanks to Bayada Hospice caregivers, nurses and doctors, to Deacon Gerry Scilla and Father Ranges for their visits and prayers, and to all others who called, sent meals, prayed and thought of Arlene and Jim through this difficult time.

At Arlene’s request, there will be no visiting hours. A mass of Christian burial will be celebrated at 10:00 am on Saturday, August 13 at Holy Family Church, 30 Lincoln St., Essex, Vermont with burial to follow at Georgia Plains Cemetery in
Georgia, Vermont.

In lieu of flowers, donations may be made for Arlene’s final expenses to: James Savard, Sr., 29 Maplelawn Dr., Essex, Vermont. 05452.