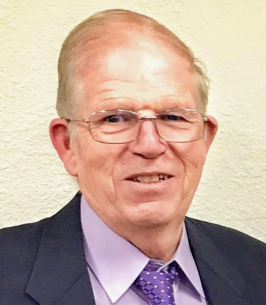 Paul Anthony Nichols, 76, of Enosburg Falls, VT, fell asleep in death on July 15, 2022, at home surrounded by loving family after a year-long battle with cancer.

Paul was born September 25, 1945, in St. Albans, VT, to George & Ruth (Hopkins) Nichols. Growing up on the family’s dairy farm in East Enosburg, Paul, from a young age, learned strong work ethics and the value of hard work.

While working as an electrician he met his future wife through a coworker, and they started their courtship in early 1968. He married his wife Lise M. Rainville in Swanton VT on September 13, 1969. After they were married Paul and Lise took over the family farm on Nichols Rd, in Enosburg, where they raised their four boys.

Paul took the lead with his family in teaching them the value of hard work at home on the farm. He was known in the community as he volunteered as one of Jehovah’s Witnesses where he served on the body of elders in his local congregation. He devoted much of his time to the congregation and the ministry. He also enjoyed working on various volunteer construction projects, which included the building of Kingdom Halls throughout New England, with one of the first “Quick Builds” being in Enosburg; as well as disaster relief work in Florida, and Jamaica; and work on the Watchtower Education Center in Patterson, NY. Over the years he forged great friendships that have spanned time and distance. The way he lived his life set a fine example for his sons, and grandchildren.

Paul and Lise worked hard to instill a love for their God Jehovah into their sons, teaching them to love the Bible and its many wonderful promises for the future.

Paul was predeceased by his parents George & Ruth, his brother George, and his son Peter. Paul is survived by his wife Lise, sons and their wives, Allen & Kirsten (Sola), Amos & Katy (Dollins), Keith & Tiffany (Lafferty), and Kim (Cosman). Also his grandchildren; Gillian, Sophie, Noah, and Grace. Paul is also survived by his brother Leonard, and Sisters Ruth, and Rachel, as well as numerous nieces and nephews.