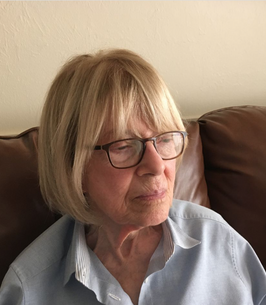 On July 14, 2022, Gladys Green Macdonough, a longtime summer resident of Grafton, VT, went to her eternal rest with the Lord at McClure Miller Respite House in Colchester, VT, while in hospice care following a massive stroke, her loving husband Scott at her side.

Born January 30, 1935, in Putnam, CT, the daughter of Walter and Bertha (King) Green, she grew up in Pomfret, CT — often called ‘the inland Newport’ — and graduated from UConn in 1956. Her long association with Vermont began during those college years as an avid skier, especially at Stowe and Mad River Glen.

Gladys began her 38-year career at Renbrook School in West Hartford, CT, shortly after graduation, first teaching 2nd grade, then moving up to middle school teaching history, obtaining a Masters in American Studies from Trinity College in Hartford, CT, along the way.

With a passion for history and independent research, Gladys authored ‘The Stone and the Spirit’, a guide to Wethersfield, CT’s ancient burying ground, her husband’s hometown. Together they restored a colonial saltbox house in East Hartford, CT, and later moved to South Glastonbury, CT, where they became active in the town’s historical society.

Eight years ago she and Scott moved to Naples, FL, and as decades-long visitors to Grafton’s Old Tavern, began spending all summer in town. Staying at ‘Wee Housie’, their sculptor friend Jud Hartmann’s home while he is in Maine, they became involved in various local organizations, especially the Historical Society and its museum.

Predeceased by her parents and by brother Ivar, Gladys is survived by Scott Macdonough, her husband of 42 years; by cousin Ginny Sears of North Woodstock, CT; and by nephew Michael Green of Bantam, CT.