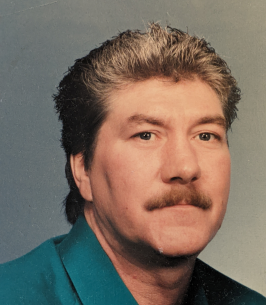 Wayne Rodney Siple of Jericho Vermont passed away peacefully on May 9th 2022 at his home with his family and friends by his side. Wayne was born August 21, 1951 in Burlington Vermont to Geraldine Siple and the late Marvin Siple. Wayne graduated from Mount Mansfield Union High School Class of 1970 where he played soccer, baseball, and basketball. After high school Wayne worked 40 years in the construction field. In his free time Wayne enjoyed fishing, hunting, golfing and playing cards with his lifelong friends Sonny Metivier and Mike Gordon "Gordy”.

Wayne leaves behind his wife Carlene they were together since 1980 then married in 2002. He also leaves behind their four children Troy and his wife Angel of South Dakota his daughters Kristina Ellis of Jericho and her significant other Shawn Boutin, Lisa Zeno of Essex and her significant other John Berthiaume, his stepson Dwayne Pike of Burlington his brother Marvin "Butchy" and his wife Shirley of Williston, his sisters Denise and husband Doug Bedell of Jericho, Lori and her husband Raymond Germain of Bolton. Wayne also leaves behind many nieces, nephews and cousins along with his grandchildren Chelsae Smith of Essex, Ashley Sanders of Milton, Caleb Green of Essex, Adriana and Brynn Ellis and Kayden Magnus of Jericho his great-grandchildren Bryleigh Barbour and Kayden Saine.

Although we are deeply saddened by this great loss we are all thankful he is at peace and is no longer suffering.

Many thanks to his visiting nurse Caitlin and the hospice team for their great care There will not be any services held as requested by Wayne himself.