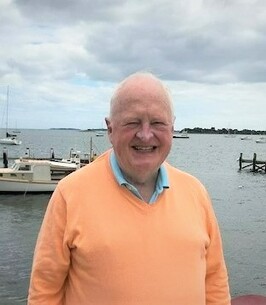 Grant Addison Weier died peacefully surrounded by close friends on January 6, 2022. Born on May 25, 1940, in Montclair, NJ to Dorothy C. and William S. Weier. He graduated from Rumson-Fair Haven Regional High School in 1958 and Middlebury College in 1962 with a BA degree in Geography. His home base has been Fletcher Vermont since 1971.

Following graduation, Grant worked for Vermont Transit Company. His desire to travel led him to join Northeast Airlines in Boston as a sales representative. Two years later Northeast merged with Delta Air Lines at which time he was assigned to Los Angeles. Grant became Delta's first sales manager in Germany when Delta began its first trans-Atlantic route to Frankfurt. He was later based in Reno, Nevada and Cincinnati until retiring in 1993. While in Cincinnati, Grant taught as an adjunct professor at Northern Kentucky State University. Throughout his career he frequently commuted home to Vermont from his various postings. Since his college days, he visited 51 countries over the years. Among his favorites were Iceland, Switzerland and Norway with Hong Kong ranking as his favorite city. In retirement, Grant learned to drive buses and worked part-time for Vermont Transit for over 20 years.

Grant was determined to stay in his home throughout retirement, aside from frequent medical sidelines he was able to accomplish this goal. Helping immensely in this process were his friends, neighbors, medical team, housemates and his close friend and health coordinator John Loso.

He was predeceased by his parents - William in 1986 and Dorothy in 2009. He is survived by his brother, Stuart and his wife Shelley, nephew Stuart, Jr “Chip” and his wife Jennifer, niece Melissa Merrill and her husband Benjamin five grand-nieces and nephews, Bridget & Tabitha Weier and Liza, Thomas & William Merrill.
He will be remembered for his sense of humor, intellect, his values, his love of traveling and all things family and friends.

Memorial contributions may be made to Fairfax Rescue, PO Box 428, Fairfax, VT 05454. A Celebration of Life will be held in the spring.