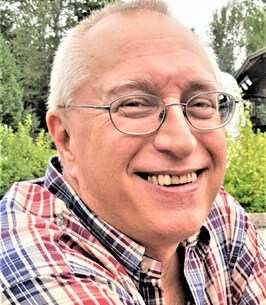 ESSEX JUNCTION- Kevin Kolinich passed away unexpectedly on October 23, 2021 at the age of 63. Kevin graduated from Champlain College, retiring from IBM and later UVM, where he worked for the Chemistry Department.

Following his retirement, Kevin became actively involved with the Essex Junction VFW POST 6689 Auxiliary. Over the years, he held many offices including President, Sr. Vice President, Secretary, and Treasurer. This year, he volunteered for offices at the District and State level. In addition to his officer roles, he volunteered many hours, not only helping wherever needed, but stepping up as the chairperson for the monthly Fish Fry, Wing Nite, and AUX Breakfast. More recently, he joined the Post’s Canteen management team, where he found much joy. Kevin undoubtedly was an asset to the VFW Post and Auxiliary.

Kevin’s favorite past time was going on casino trips with his parents and best friends Ben (late) and Kathy Kershner and Joe and Yvonne Schramel. He loved playing cards, enjoying good food and cooking for others. He had a profound affinity for reading and watching movies. Kevin filled a vital role in keeping his family close and he cherished each moment he spent with them. He was a beloved son, brother, nephew, uncle and friend. He is remembered for his fun spirit and awesome laugh. He will be deeply missed by those whose lives’ he touched.

In lieu of flowers, if you would like to make a donation, please consider the Essex Junction VFW Post 6689 Auxiliary.