To share your memory on the wall of Claire Y. Jaquish, sign in using one of the following options:

Provide comfort for the family by sending flowers or planting a tree in memory of Claire Y. Jaquish

Provide comfort for the family by sending flowers or planting a tree in memory of Claire Y. Jaquish

She and her husband Charles moved to Irasburg in 1975. With the help of family and friends, they built their log home, spending many nights and weekends peeling the logs by hand. She enjoyed canning and freezing the harvest from her husband’s vegetable garden which kept her busy in the summer months. She enjoyed watching the Food Network and QVC and she was affectionately known as the “QVC Queen” by her family. Claire also enjoyed going to camp and beating the guys at poker, playing bingo, and trying her luck at the casino.

A celebration of the lives of Claire and Charlie will be held on July 31, 2021, at their home at 1802 West Glover Road in Irasburg with a service beginning at 2:00 p.m., followed by a luncheon. Burial will be at the family’s convenience in Irasburg Cemetery. In lieu of flowers, donations may be made in Claire's memory to Dr. Leslie Lockridge, P.O. Box 838, Newport, Vermont 05855. On-line condolences can be left at www.awrfh.com.
Read Less

We encourage you to share your most beloved memories of Claire Y. Jaquish here, so that the family and other loved ones can always see it. You can upload cherished photographs, or share your favorite stories, and can even comment on those shared by others.

Posted Jul 25, 2021 at 12:53pm
Claire was my grandmother's niece and I only met her once at a family get together in Derby Line a few years ago. She was a lovely lady and was very helpful with the family genealogy when I asked questions. I had hoped to get up and see her again to talk some more, but COVID intervened and now she has passed. My condolences to the family and may she rest in peace.

Posted Jul 14, 2021 at 07:28am
I was so sorry to hear of Claire's passing. We worked together at Sterling College for over 10 years. Claire was a team player and always offered me the soundest advice during some difficult times in my life. She had many sayings about Vermont, its people, the weather, and family. Every once and a while I remember one and think of her. I will continue to do so. Seeing her pretty face on the memory wall brings tears to my eyes. Go in peace Claire, you are missed.
Sincerely,
Donna Pion
Comment Share
Share via:
DB

Posted Jul 10, 2021 at 11:54am
The entire staff of A W Rich Funeral Home wishes to express our deepest sympathy to you and your entire family during this difficult time.
Comment Share
Share via: 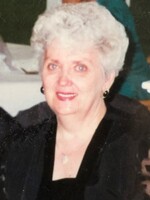