To share your memory on the wall of Monika Hannelore Sloan, sign in using one of the following options:

Print
Monika Hannelore Sloan, 80, passed away peacefully on July 9th, 2021. Watched over lovingly by her husband of 46 years Stanley R. Sloan and her son Tony Krch at home in Richmond, Vermont after a courageous struggle with cancer.

Monika ... Read More
Monika Hannelore Sloan, 80, passed away peacefully on July 9th, 2021. Watched over lovingly by her husband of 46 years Stanley R. Sloan and her son Tony Krch at home in Richmond, Vermont after a courageous struggle with cancer.

Monika is survived by her husband Stan, son Tony, daughter Natalia Machold of San Marcos, Texas, and stepdaughter Virginia Sloan Wood of Greensburg, Pennsylvania. She was pre-deceased by her father Alexander Machold, mother, Elfriede Rader Machold, infant daughter Alexandra Krch, son, Scott Rawson Sloan, and brother-in-law Steven Sloan. She leaves behind her beloved cat Ariel, and many dear friends in Vermont and many other places in which she and Stan lived or traveled to, including her hometown of Vienna, Austria, where she and Stan met in 1973.

When Monika and Stan met, they immediately knew that they had found something they both wanted. Monika was at the time the administrative assistant for the U.S. Foreign Broadcast Information Service in Vienna and Stan was in Vienna as a member of a U.S. delegation to East-West negotiations on mutual troop reductions. Overcoming many obstacles, Stan brought Monika to the United States and, after getting established, they sent for Monika’s mother, son, daughter, and family dog Jolly. It was a memorable trip to the townhouse they had bought in Vienna, Virginia from Kennedy Airport in New York, with Jolly sitting in the back seat with his head on Stan’s shoulder in the front.

During their time in Washington, Monika had a variety of interesting jobs, working in administrative positions for the D.C. Bicentennial Commission, the Konrad Adenauer Foundation, the Woodrow Wilson Center for Scholars, and the German corporation M.B.B. She met and supported many high-level officials, including then-German Minister of Defense Manfred Woerner and legendary U.S. retired General Andrew Goodpaster.
But her favorite role was being a mother to her children and raising their son Scott. Monika never missed one of Scott’s games - from Little League to Babe Ruth, American Legion or Madison High School – for any reason. Scott was being scouted by major league baseball teams when, at 16, his life was cut short by a Northern Virginia automobile accident. The car driven by his girlfriend’s mother was hit by a dump truck, killing Scott, his girlfriend, and two of their mutual friends. Monika loved watching him play baseball. Maybe even more than the vacations spent as a family at the Lake Groton camp in the summer or skiing at Smugglers’ Notch.

After Scott’s death, Monika and Stan decided to move to Vermont as soon as he could retire from government service, which they did in 1999. In previous years, they had spent every summer vacation at their Groton Pond camp, which had been built by Stan’s grandfather in the early 20th century. When they moved permanently to Vermont, the camp was a temporary home while having a home built on a wooded lot in Richmond. In many ways, the camp on Groton became their true home – it was part of Stan’s history, enthusiastically adopted by Monika, and lovingly improved over the past twenty years to accommodate family, beloved pets, hobbies and when necessary – work.

Throughout her life, Monika displayed her artistic talents in a variety of ways. After moving to Vermont, she began jewelry beading as a hobby but went on to take her craft to fairs around the state. She enjoyed the fact that being retired meant that she and Stan could travel together on most of Stan’s lecturing and conferencing trips. Over the years they were blessed to travel extensively including: Rome (a lot), most other major and other smaller Italian cities and regions, Vienna, Salzburg, London, Edinburg, Amsterdam, The Hague, Brussels, Madrid, Barcelona, Madeira (Portugal), Prague, Berlin and many other German cities, Paris, Strasbourg, Warsaw, Krakow, Bucharest, Budapest, Copenhagen, Helsinki, Stockholm, Oslo, Athens, Thessaloniki, Monte Carlo, Ljubljana, Tallinn, St. Petersburg (Russia), Beijing, and several others.
Monika’s friends all knew of her love for nature and animals. She was concerned for the well-being of domestic and wild animals alike. This inspired one of Stan’s friends to comment that, if there were such a thing as reincarnation, he would want to return as a dog to be cared for by Monika.

Monika asked that her cremains be inurned alongside their son Scott’s in Montpelier’s Green Mount Cemetery. At her request, there will be no viewing hours and no funeral service. A Celebration of Life will be scheduled when friends and family can be present at a later date. For those who wish to donate in her memory, the family suggests a local animal shelter or affiliate of the American Cancer Society. Finally, both Monika and Stan greatly appreciated the loving care given by her primary physician, Dr. Hannah Rabin and all the nurses and social workers affiliated with the University of Vermont visiting nurses and hospice program. Please visit awrfh.com to share your memories and condolences.
Read Less

We encourage you to share your most beloved memories of Monika Hannelore Sloan here, so that the family and other loved ones can always see it. You can upload cherished photographs, or share your favorite stories, and can even comment on those shared by others.

Posted Jul 18, 2021 at 11:20am
I enjoyed the times I was at your camp at lake Groton Monika was such a great person
Comment Share
Share via:
LM

Posted Jul 12, 2021 at 07:41pm
Dear Stan, Pam, Julia, and I were so sad to learn of Monika's passing. I will be in touch soon. Please take care my old friend. Leo Michel
Comment Share
Share via:
B

Posted Jul 12, 2021 at 02:17am
Stan, I count myself as one of the fortunate few to have known Monika and seen you together, so obviously in abiding love. With deepest sympathy.

Posted Jul 10, 2021 at 08:36pm
A testament to a life well lived, two lives splendidly fulfilled together. With deepest sympathy and great admiration for Monica and Stan. 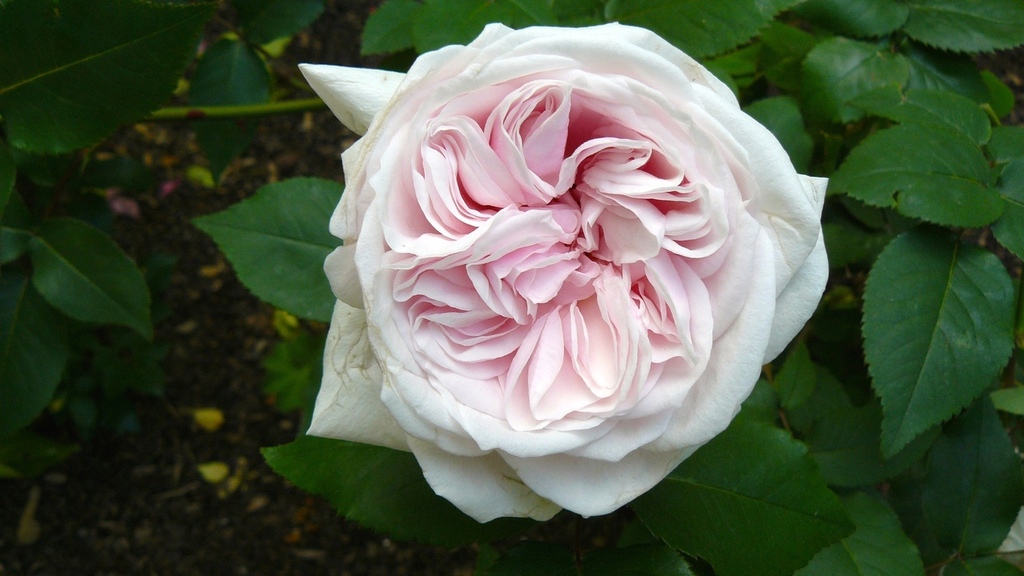 Thank you Mike and Donald for your loving words. Monika enjoyed meeting and talking with both of you.

Posted Jul 10, 2021 at 07:24pm
I remember first, Monika's great warmth, spirit and curiosity. She felt as a steady lamp of light and generosity ready to bring you into her circle of kindness and connection. She will be remembered and loved.
Comment Share
Share via:
SS

Thank you, Bethany, for such beautiful words. 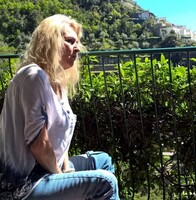 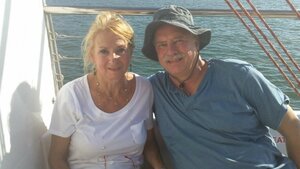 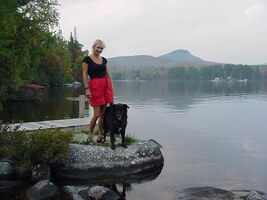