To share your memory on the wall of Joseph H. E. \"Ernie\" Lemay, sign in using one of the following options:

Provide comfort for the family by sending flowers or planting a tree in memory of Joseph H. E. "Ernie" Lemay

Provide comfort for the family by sending flowers or planting a tree in memory of Joseph H. E. "Ernie" Lemay

The 2nd youngest of 5 children, Ernie grew up on a large milk farm. He graduated high school and enlisted in the US Air Force where he served as a military policeman for 10 years. Loving the role, he returned to Vermont and became a state trooper and eventually a South Burlington Police Officer where he proudly served for 36 years, retiring as a Lieutenant. Ernie met the love of his life, Barbara I. D. Lemay, in January of 1967. Two weeks later wed her and had two children.

A celebration of his life will take place later this summer. For further details and to RSVP, email rsvp@sandtent.com.
Read Less

We encourage you to share your most beloved memories of Joseph H. E. "Ernie" Lemay here, so that the family and other loved ones can always see it. You can upload cherished photographs, or share your favorite stories, and can even comment on those shared by others.

Posted Jun 29, 2021 at 02:25pm
I remember the backyard cookout office parties held each year in August. Good times, good food, and friendships renewed. Also, I remember the walks I had with your wife before retirement at the old Fort Ethan Allen. Wonderful stories shared about you, the fort, and her father

We will miss you. I guess we will have to catch that diner on the flip side.

God bless. We have remembered you in our daily prayers.

Posted Jun 26, 2021 at 11:42am
Goodbye old friend we love you and will have our memories to remember all the years of friendship we shared. Condolences to your family who took loving care of you and Barb.. May you rest in peace! Love, Barb.& Wendell Worth, Sylacauga, Al.
Comment Share
Share via:
BO

Posted Jun 26, 2021 at 09:57am
I am so sorry about the passing of Ernie. I worked in South Burlington for 31 years as Recreation Director and I have a lot of dealings with the Police Department , mainly with Ernie who was always available to answer questions, provide assistance when needed and became a friend to the Department and to me personally .
Several years ago when he was in Florida he stopped by our home and visited for about an hour. He was a great person, and outstanding representative of the Police Department.
RIP my good friend
Comment Share
Share via:
AH

Posted Jun 25, 2021 at 09:32am
The entire staff of A W Rich Funeral Home wises to express our deepest sympathy to you and your entire family during this difficult time.
Comment Share
Share via:
K

Shawn and Renee, I worked with your dad for over 30 years. He was always a calming presence and always willing to help anyone who needed it. He will be missed by many and left his impression and lessons with an entire generation of police officers Debbie Kruger

Our thoughts are with your family at this time. Ernie was a wonderful person and cared about everyone he worked with. Many memories from working with him at South Burlington and the fair. He will be missed. Jeff and Nancy Bean
BS

Ernie was a terrific person and police officer and I am saddened by his passing. Sending my sincere condolences and sharing many nice memories of a warm and caring man. Brian Searles
3 Comments | Show All 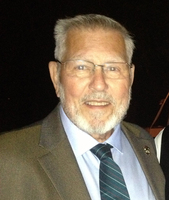 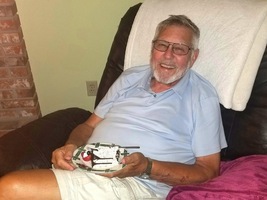 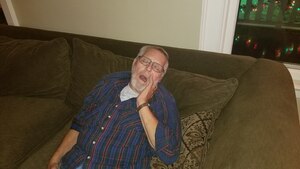 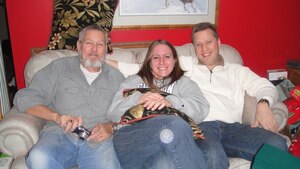