To share your memory on the wall of Beulah Mae Blodgett, sign in using one of the following options:

Print
Beulah Mae Blodgett, 92 passed away peacefully on Thursday February 25, 2021 @ her home in McCormick, SC. She was the daughter of Florence and Harrison Allen of Underhill, VT.

Beulah was a graduate of Burlington High School in 1947. Upon... Read More
Beulah Mae Blodgett, 92 passed away peacefully on Thursday February 25, 2021 @ her home in McCormick, SC. She was the daughter of Florence and Harrison Allen of Underhill, VT.

Beulah was a graduate of Burlington High School in 1947. Upon graduation she first worked at the Creamery of the University of VT. In 1948 she married Harry F. Blodgett of Richford, VT where she moved and started a family. She raised five Children, William, Harry Jr., Gary, Julie and David.

Starting around 1950-51 she started working for the Swift Meat company in Burlington. She dedicated 35 years to this company of which for many of those years going in at 5:00 am. After retiring in 1985 she and Harry moved to Martha’s Vineyard MA. While on the Vineyard she stared a cleaning business which kept her busy for the next ten years. In 1995 she and Harry decided it was time to retire so they bought some land and had a house built in Savanah Lakes Village in the town of McCormick, SC. With the untimely death of Harry in the fall of 1996 she became involved with the McCormick Senior Center where she helped serve food to the elderly. In 1998 she decided she missed the Vineyard so she came back for 6 years during the summer months and her old customers welcomed her back.

Beulah was an avid reader. She loved her novels and her magazines. If it had written words on it she read it. She also liked to travel from Dollywood, TN to Alaska to Key West and everywhere in between. She was always on the go.

On February 14th 2006 she again married to Rudolf (Rudy) Richardson from Cambridge, VT. They enjoyed 6 happy years together visiting family and friends from VT to SC.

She was predeceased by son Harry (Sonny) in 1991, husband Harry (Bill) 1996 and Rudy 2012. She is survived by William (Billy) of Springfield, VT, Gary of West Tisbury, MA, Son David and wife Susan of Hodges, SC and daughter Julie of McCormick, SC.

Per Beulah’s wishes there were no public visiting hours held. Inurnment will be held in the family lot in Binghamville Cemetery, Fletcher at 11:00 a.m. on June 25, 2021.
Read Less

We encourage you to share your most beloved memories of Beulah Mae Blodgett here, so that the family and other loved ones can always see it. You can upload cherished photographs, or share your favorite stories, and can even comment on those shared by others.

Posted Jul 10, 2021 at 07:43pm
July 10, 2021
I miss her friendship, talks and the long walks we used to take daily. I enjoyed our Tuesday mornings at the Senior Center where we packed frozen meals for delivery. My husband and I met Beulah and Harry in 1995 when we moved to Savannah Lakes Village. Lifting prayers of comfort and peace for family and friends. Beulah will be missed ... Beulah is missed!
~ June P. Smith and Ann Marie Smith-Nash
Comment Share
Share via:
AH

Posted Jun 18, 2021 at 11:40am
The entire staff of A W Rich Funeral Home wishes to express our deepest sympathy to you and your entire family during this difficult time.
Comment Share
Share via: 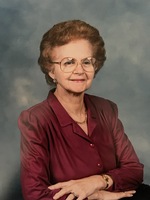