To share your memory on the wall of Raymond E. Matton, sign in using one of the following options:

Provide comfort for the family by sending flowers or planting a tree in memory of Raymond E. Matton

Provide comfort for the family by sending flowers or planting a tree in memory of Raymond E. Matton

Print
Williston, Vermont - Raymond, 87, Went to be with his Lord and Savior Jesus Christ on Thursday May 6, 2021 (He slid into Home Base). Raymond was born, June 7, 1933 in Burlington, Vermont to William and Ida (Benoit) Matton

What was mo... Read More
Williston, Vermont - Raymond, 87, Went to be with his Lord and Savior Jesus Christ on Thursday May 6, 2021 (He slid into Home Base). Raymond was born, June 7, 1933 in Burlington, Vermont to William and Ida (Benoit) Matton

What was most important to him was God and his family. He attended grade and high school in Burlington, VT. He served in the Military from 1953-1955. He played ball in the Service with Billy Martin (He was quite proud of that). On leaving the Service in May, 1955 he met his Hunny Bunny on May 29 and they married on June 23, 1956. He worked hard to provide for his family all of his life. And was Blessed with 4 children and 12 grandchildren and 21 great grandchildren they were the joy of his life. He played baseball and softball and was scouted by the Kansas City Athletics' He went to spring training early in spring of 1956 and was sent home after an injury. He was a HUGE baseball (Cardinals) fan all of his life. He loved and enjoyed playing golf with family members. He loved Gunsmoke.

He is predeceased by his beloved daughter Linda (Matton) Murtie (she was his batgirl) and his beloved grandson Micah Matton. Both of his parents, Parent's in-law and all of his sibling's.

Per Ray’s wishes there will be a private gathering at the convenience of the family. Memorial contributions in Ray’s memory may be made to Home Health, Hospice & Respite Care

The family also invites you to share your memories and condolences by visiting www.awrfh.com.
Read Less

Donations are being accepted for: Visiting Nurse Association.

We encourage you to share your most beloved memories of Raymond E. Matton here, so that the family and other loved ones can always see it. You can upload cherished photographs, or share your favorite stories, and can even comment on those shared by others.

Posted May 13, 2021 at 07:34am
We always think of Ray and his smile when we tee it up at Vermont National! We will all miss that wonderful
Man. Paul Mayer and Family South Burlington
Comment Share
Share via:
AH

Posted May 11, 2021 at 05:31pm
The entire staff of A W Rich Funeral Home wishes to express our deepest sympathy to you and your entire family during this difficult time.
Comment Share
Share via: 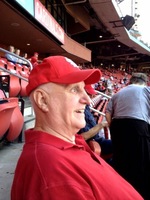 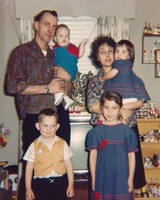 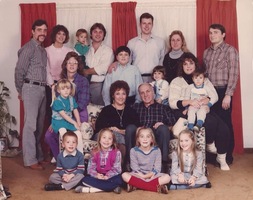 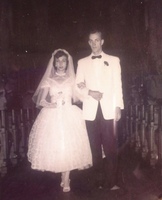