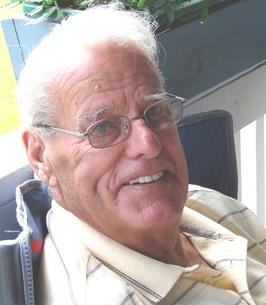 IRASBURG - Charles T. Jaquish, Jr. passed away on April 26, 2021 in North Country Hospital in Newport at the age of 91 surrounded by his loving family. He left this world the way he lived his life: under his own terms and at his own pace. Charlie was born in a logging camp on Spruce Mountain in Plainfield on July 30, 1929 to Charles T. Jaquish and Gladys (Spencer) Martin. He grew up with a love of fishing, hunting and the outdoors, and while still young, he worked with his father logging in the woods. In 1948 he joined the U.S. Army and was stationed in Germany. After returning home, he ran a dairy farm in Craftsbury and later found the career he loved which was operating a grader and working on road construction. He helped build Interstate 91 in the 1960s and worked on many other roads throughout northern New England during his career.

A long-time resident of Irasburg, he served as selectman for many years and after his retirement from road construction he operated grader for the Town, continuing the work he loved. He also loved vegetable gardening and throughout the summer he could be found working in his large garden. Charlie never met a stranger, and he will be remembered for his quick wit and outgoing personality. He had many friends, including the members of the Breakfast Club at Bob’s Quick Stop in Irasburg.