To share your memory on the wall of Charles Jaquish, sign in using one of the following options:

A long-time resident of Irasburg, he served as selectman for many years and after his retirement from road construction he operated grader for the Town, continuing the work he loved. He also loved vegetable gardening and throughout the summer he could be found working in his large garden. Charlie never met a stranger, and he will be remembered for his quick wit and outgoing personality. He had many friends, including the members of the Breakfast Club at Bob’s Quick Stop in Irasburg.

Posted May 01, 2021 at 01:39pm
Charlie was truly one of a kind and Floe and i will miss seeing his smile and hearing those stories of his . i am so blessed to have had him as a true friend and neighbor . Fly high Charlie and i will see you on the other side. PS save me a spot at the poker table

Posted Apr 30, 2021 at 03:21pm
My condolences to the family. When loosing a loved one it can be unbearable. That is why God has provided scriptures in the Bible to help ones cope with the loss. In the Bible book of Isaiah 25:8 Jehovah God promises soon to "swallow up death forever." He also promises to bring back those who have fallen asleep in death (Acts 24:15). In a little while longer this kind of pain will be a thing of the past (Revelations 21:4). May these scriptures bring you comfort in this difficult time (jw.org) 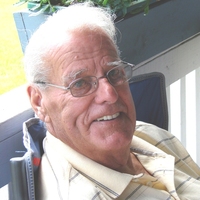