To share your memory on the wall of Ernest “Ernie” P. Cleveland,, sign in using one of the following options:

Provide comfort for the family by sending flowers or planting a tree in memory of Ernest “Ernie” P. Cleveland,

Provide comfort for the family by sending flowers or planting a tree in memory of Ernest “Ernie” P. Cleveland,

He entered the United States Army in 1955 to serve in Germany, and he continued his service to our country by also serving in the National Guard.

Upon his return to the states he discovered his love of dirt construction, a successful endeavor that he enjoyed for 45 more years. During this time he continued driving truck- hauling milk, fuel and anything that would go on a trailer for various companies in the Northeast Kingdom. In later years, he worked maintenance at Maple Lane; as a mechanic for Cleveland Equipment, and as a parts deliveryman for Bond Auto Parts. Always a busy man, with a quick wit and infectious smile that made his presence light up the day.

On November 22, 1985, he married Doreen Perkins. Together, they enjoyed NASCAR, fishing, traveling, taking their camper to campgrounds to enjoy friends, and years worth of New England & Canadian tractor pulls with his more than competitive Farmall Super M tractor. Ernies’ passion for his yard work, keeping everything meticulous, feeding the birds while fighting off the squirrels, Friday morning breakfasts with Gary and Ray, and spending time with family and friends were just a small part of his days- he was always looking for the next project that needed to be tackled.

Ernie’s battle for good health in recent years showed his courage in facing life’s challenges with a smile. Despite the daily struggles, Ernie stayed strong right up to the end.

He was predeceased by his parents and brother Fred Cleveland.

In lieu of flowers, Ernie asked that people consider a donation to their favorite charity. The family thanks you for your consideration, love & support at this time ~ Thank you Mike for firing up the Super M as a tribute to a special man who will be missed by all who knew him. We also invite you to share your memoires by visiting awrfh.com.
Read Less

We encourage you to share your most beloved memories of Ernest “Ernie” P. Cleveland, here, so that the family and other loved ones can always see it. You can upload cherished photographs, or share your favorite stories, and can even comment on those shared by others.

Posted Apr 21, 2021 at 03:34pm
Our sincere condolences to Doreen and family. Ernie was a good man and I always enjoyed our conversations.

Posted Apr 20, 2021 at 10:00am
The entire staff of A W Rich Funeral Home wishes to express our deepest sympathy to you and your entire family during this difficult time.
Comment Share
Share via: 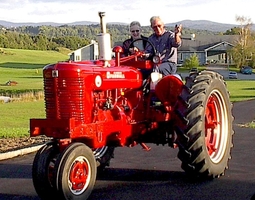 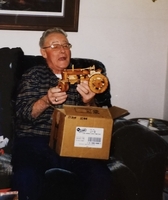 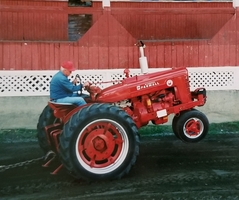