To share your memory on the wall of Harman Bradley \"Brad\" Dinwiddie, sign in using one of the following options:

Brad is survived by his wife of forty years, Rhonda (Field) Dinwiddie of Underhill, son David Bradley Dinwiddie of Canton, MA, daughter Jessica Brooke Pileggi and her husband Nicholas of Underhill, VT, grandsons Griffin and Grayson Pileggi, sister Cheryl Andre of Windham, ME and sister Pamela Close of Hobe Sound, FL. He was predeceased by his parents and his sister Laura Michele Dinwiddie.

A small gathering of family and friends will be planned for this summer. Anyone considering a gift to honor Brad’s memory may direct contributions to the Brattleboro Outing Club, P O Box 335, Brattleboro, VT 05302, Attn: John Ungerleider, or to the Pancreatic Cancer Action Network (pancan.org).
Read Less

We encourage you to share your most beloved memories of Harman Bradley "Brad" Dinwiddie here, so that the family and other loved ones can always see it. You can upload cherished photographs, or share your favorite stories, and can even comment on those shared by others.

Posted Apr 23, 2021 at 08:33am
Rhonda, So sorry to hear about Brad. Keeping you in our thoughts and prayers. All our love, Ken & Laura Oliver
Comment Share
Share via:
C(

Posted Apr 15, 2021 at 01:43pm
Dear Mrs. Dinwiddie - I am very, very sorry to hear of Brad's passing on. I was a friend of his in high school and always looked up to him as the "cool guy" that I wanted to be around. I will continue to pray that the Lord will comfort you with His peace and leave you with only the best of memories of Brad.
Comment Share
Share via:
R

Posted Apr 15, 2021 at 01:30pm
Mrs. Dinwiddie and family, I am sorry to hear about your loss. For those who knew Brad, his smiles, laughter, and kindness will never be forgotten. May the fine memories of him comfort you during this difficult time. In God's loving care Brad now rests. John 5:28,29; Psalms 37:29
Comment Share
Share via:
D

Posted Apr 15, 2021 at 11:47am
I Went To School With Brad
He Seemed To Be A Quiet Kind Of Guy
Not Quite Sure What House You Were In?
But Now You Are In Heaven
Looking Down On Us All
When It’s Your Time
Please Don’t Ask Why
It’s Just Your Time To Fly
Comment Share
Share via:

Posted Apr 13, 2021 at 10:29am
Brad (and his faithful pup, Bailey) were the first people I met after moving to Brattleboro in 2013. Our dogs hit it off immediately, and enjoyed daily interactions as Brad made his many treks around the reservoir. Over time, Brad and I discovered our common interest in woodworking, and he introduced me to many places to buy good stock. I greatly admired his turning skills and purchased many of his shavers and pepper mills for myself and others. I was sad when he moved and greatly missed his friendly frequent encounters. He was a good man, a talented woodworker, and a sweet friend. RIP, Brad.
Comment Share
Share via: 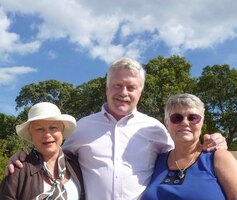 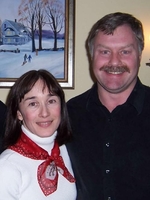 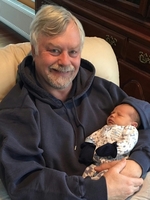