To share your memory on the wall of Beth M. (Fallon) Savage, sign in using one of the following options:

Provide comfort for the family by sending flowers or planting a tree in memory of Beth M. (Fallon) Savage

Provide comfort for the family by sending flowers or planting a tree in memory of Beth M. (Fallon) Savage

Print
Alburgh - Beth was born in Proctor, Vermont to Harry and Mabel (Pratt) Fallon on July 8, 1933. After a short battle with cancer, she has been called home by the Lord on April 8, 2021.

Beth grew up on a farm in Pittsford just after the G... Read More
Alburgh - Beth was born in Proctor, Vermont to Harry and Mabel (Pratt) Fallon on July 8, 1933. After a short battle with cancer, she has been called home by the Lord on April 8, 2021.

Beth grew up on a farm in Pittsford just after the Great Depression and during World War II. Her family fondly referred to her as “Sue” which led to some confusion during phone calls. She attended Lothrop Elementary, Pittsford High School and American International College in Springfield, MA where she earned a bachelor’s degree in English.

In 1957, she married Stephen Coggeshall and had four children. They resided in Burlington, where both worked as educators.

In 1971, she married Robert “Bob” Savage, had one more child and spent the rest of her life in Alburgh. Beth taught first through fourth grade in a two room schoolhouse in Isle La Motte from 1970 to 1989. She had a great affinity for the people of Isle La Motte and was extremely proud of her students, many of which she stayed in contact with into their adult years.

When she wasn’t teaching school, she was running the roads with Bob. Whether it be antique auctions, carnivals or buying trips for their retail store, Beth was always up for a road trip and a new adventure.
In the next phase of her life, she took on the role of grandmother and great grandmother. Beth had fourteen grandchildren and two great grandchildren. To the chagrin of some of her grandchildren, she was the self-proclaimed “Crazy Grandma”. It was a role that she relished and you never knew what was going to come out of her mouth at family gatherings.

Her late years provided an opportunity for civic duty and some time with her children. She served from 2000 to 2020 on the Alburgh Village Board of Trustees. She looked forward to her Sunday talks with her son Steve, her rides around the Islands with her daughter Leah, her phone calls from Justin and Conrad and her morning coffee political debates with her son Michael.

In addition to her parents, Beth was predeceased by her first husband, Stephen Coggeshall, her second husband Robert Savage, her brother James Fallon, her sisters Marilyn, Nancy and Maryly , her stepsons Kenneth Savage and Robert Savage Jr. and granddaughter Sigrid.

In lieu of flowers, donations can be made in Beth’s name to Franklin County Rehab Center, LLC., 110 Fairfax Road, St. Albans, VT 05478. Services will be held at the convenience of the family. The family invites you to share your memories and condolences by visiting awrfh.com.
Read Less

We encourage you to share your most beloved memories of Beth M. (Fallon) Savage here, so that the family and other loved ones can always see it. You can upload cherished photographs, or share your favorite stories, and can even comment on those shared by others.

Posted Apr 11, 2021 at 08:33am
Conrad and your brother and sisters, so sorry to hear about the passing of your Mom. She was a good person and a great teacher. May she Rest In Peace - Myra Gordon
Comment Share
Share via:

Posted Apr 10, 2021 at 11:51am
Leah, Steve, Justin, Conrad, Michael and families, I am so sorry to hear of your Mom’s passing. My memories go way back to Home Avenue in Burlington where Leah and I became friends when we were only 5 years old and still are dear friends to this very day. Beth, may you now be at peace and reconnecting with all those that have gone before you. Sending light and love to all of you.
Comment Share
Share via:
B

Posted Apr 10, 2021 at 06:42am
I have so many fond memories of my years teaching at the same 4 room school house on Isle La Motte where Beth taught. She would often just pop in to visit my K-3 classroom and sit for awhile, sharing stories, ideas and sound advice I still carry with me today. In later years we would often sit beside each other at basketball games at the Alburgh School watching Ryan & Maddy play.... she was so proud of her children and grandchildren. Life is so precious..... hold onto those memories.
Comment Share
Share via:
CD

Posted Apr 09, 2021 at 08:40pm
Sending our condolences and prayers to the Savage and Coggleshall family. Your mom and crazy grandma was an amazing lady.
Comment Share
Share via:
AH

Posted Apr 09, 2021 at 04:14pm
The entire staff of A W Rich Funeral Home wishes to express our deepest sympathy to you and your entire family during this difficult time.
Comment Share
Share via: 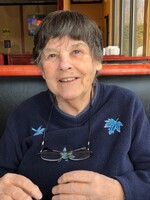