To share your memory on the wall of Peter Darling, sign in using one of the following options:

Print
Williston, VT - Peter passed away at home on March 24, 2021 from complications of diabetes.

He was born on March 20, 1946 in Kingston, NY to Harold and Vivian Darling. Pete graduated from Rochester Institute of Technology in 1969 and wor... Read More
Williston, VT - Peter passed away at home on March 24, 2021 from complications of diabetes.

He was born on March 20, 1946 in Kingston, NY to Harold and Vivian Darling. Pete graduated from Rochester Institute of Technology in 1969 and worked 32 years at IBM as an electrical engineer. After retiring from IBM he worked at the Vermont Teddy Bear Company in customer service.

He married Bonnie McMorrow in 1970. They raised three children in Williston where they lived for 43 years. Pete was very involved with his children's activities when they were growing up including Cub Scouts, coaching and umpiring Williston Little League, and leading the local chapter of the Bill Koch Youth Ski League.

Pete is survived by his wife, Bonnie, his children and their spouses/partners - Eric Darling and Sarah Pribram, of Shelburne; Kyle and Casey Darling, of Richmond; and Bridget Darling and Alex DeRario, of Phoenix, AZ. He is also survived by his sister, Nancy White and her husband Harlow of Gilbert, AZ, as well as by many cousins, nieces and nephews.

Per Pete’s wishes, a private family memorial gathering will be held at a later date, when it is safe to gather again. Memorial contributions may be made to: American Diabetes Association, Vermont Affiliate, Inc.
77 Hegeman Ave., Colchester, VT 05446.
Read Less

Donations are being accepted for: American Diabetes Association.

We encourage you to share your most beloved memories of Peter Darling here, so that the family and other loved ones can always see it. You can upload cherished photographs, or share your favorite stories, and can even comment on those shared by others.

Posted Apr 04, 2021 at 11:18am
My condolences to you, Bonnie and your family. I lost Don in February and I know how hard it is for you.
I lost your phone number so keep in touch. I'm in the phone book. Carroll A
Comment Share
Share via:
M

Posted Apr 04, 2021 at 11:02am
Dear Bonnie,
We are so sorry to hear about Peter's death. We have such very happy memories of our young-adulthood together on Seneca Avenue, and we remember Peter as a steady, kindly presence. May you be sustained by the love of family and friends, and by happy memories.

Posted Apr 03, 2021 at 07:13pm
Bonnie I was so saddened to hear about Peter’s passing. You and your family are in my thoughts and prayers. Karen and Jay Whitney 🙏🙏🙏❤️❤️
Comment Share
Share via:
PB

Posted Apr 02, 2021 at 08:43pm
I am so sad to hear of Pete's passing. We worked together at VT Teddy Bear Co. for 7 years and he had the best sense of humor! We used to play pranks on him like taping saran wrap all over his desk on his birthdays. Halloween at work was fun as well! He was always a good sport and had the best stories! Pete was such a nice person as well...both he and his wife, Bonnie. I have many fond memories of our time at VTB. I send my sincere condolences to Bonnie and the family. You are all in my thoughts and prayers. 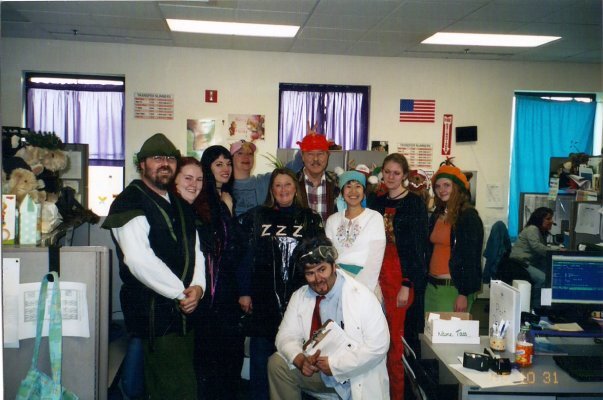 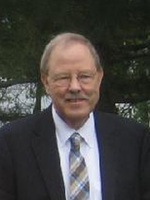 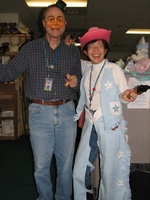 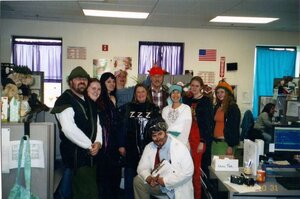