To share your memory on the wall of Harry Frederick Iverson, sign in using one of the following options:

Despite any formal education, Harry went on to own a janitorial business and spent the majority of his career cleaning commercial buildings. In 1985, he became employed at St. Michael’s College as a custodian and retired in 2003.

In the late 1980’s he put an ad in the local town paper where he was born and was able to find all of his siblings after being separated since being placed in state custody. It was a wonderful reunion with all of his siblings and Harry felt more grounded and had a renewed sense of belonging after he found his family.
Harry was an active member of Maranatha Christian Church for many years and was a servant of God, always willing to volunteer, pray or help out with whatever the need. Harry and Janice trusted God and became foster parents to many troubled children for six years starting in 1979.

Harry enjoyed simple pleasures in life – black coffee, playing his organ, listening to hymns, reading on his kindle and daily devotionals. He loved to visit with friends and reminisce about the past. He was a great listener who never gave unsolicited advice and his quiet presence will be missed by many.

Harry is survived by his daughter, Wendee and her husband, Pearse and their children Anna, Ethan, Luke and Jack. He was predeceased by his wife of 35 years, Janice in 1998; his previous son-in-law, Colin Pringle in 2008; and his brothers, John and Oliver.

Despite his hard childhood, Harry lived his life trusting God with a thankful heart. One of his favorite verses was Psalm 56:13 “For you have delivered my soul from death and my feet from stumbling that I may walk before God in the light of love.”

My dad was a soft spoken, kind and loving husband, dad and friend. Everyone who knew him spoke to me about his gentleness and steadfastness. He never wavered and rarely gave up whether it was learning about new technology or working hard at rehab to get back home.

To me, he was my anchor who tethered me to this world. After my mom died in 1998, it was just the two of us and we developed a bond that would continue to grow until his passing. As a prayer warrior, I know he prayed for me and my family everyday – and I felt those prayers. I will miss his constant, quiet presence and love. Thank you to everyone who supported him in prayer and love and care throughout the years.
In lieu of flowers, please take a minute to bestow an act of kindness to a loved one or a stranger or a donation may be made to Williston Rescue (willistonfire.com) who provided him with loving care on multiple occasions. A private burial services will be held at a later date. Friends who wish may make online condolences by visiting www.awrfh.com.
Read Less

We encourage you to share your most beloved memories of Harry Frederick Iverson here, so that the family and other loved ones can always see it. You can upload cherished photographs, or share your favorite stories, and can even comment on those shared by others.

Posted Mar 29, 2021 at 02:59pm
Wendee, you and I never met, but we spoke on the phone once just after your mom passed. I was one of the roommates in California. I have nothing but the best of memories of the quality of character that your dad possessed. Prayers for you and your family as you adjust to your loss. Blessings, Susan Tucker Gambee
Comment Share
Share via:
SH

Posted Mar 27, 2021 at 10:34pm
Wendee, you don't know us as we live in SC and don't get to VT very often. We have known your Dad since the middle 60's. Lou and he lived together in an apartment before we were married and we all, including your Mom went to the same church. Your Dad was just as you said. A very kind, helpful, sweet young man and a dedicated Christian. I'm sorry for not keeping in touch very much. I also knew your Mom back in high school and was the influence in having her move to CA. We (Joanne, your Mom and I) lived together. We had many good times together.
You did an excellent job in putting the pictures together, they brought back wonderful memories.
Maybe someday we'll get to meet you. May the Lord bless you and your busy family.
In Christ, Lou and Sally Hastings
Comment Share
Share via:
JH

Posted Mar 27, 2021 at 10:13am
Wendee, you did a great job of remembering your Dad. He was just as you described him.
I’ve know him since the the 60’s when Janice and I were in California. I remember talking to
your Mom about the possibility of the cancer taking her life. She was mostly worried about
Who would take care of Harry? I think you have done a beautiful job all these years .
You have kept him independent and happy. He really surprised me with his organ
playing. Your Mom and Dad were a real blessing to me as I went through my divorce.
He was a good friend to many. May he enjoy heavens blessings and being with Janice again.

Posted Mar 26, 2021 at 03:59pm
The entire staff of A W Rich Funeral Home wishes to express our deepest sympathy to you and your entire family during this difficult time.
Comment Share
Share via:
PY

Wendee so sorry to hear of Harry’s passing. He was a very kind sweet man and looked forward to seeing him at the bagel shop. May you find comfort in your loving memories. I am sure there is a special in heaven for him 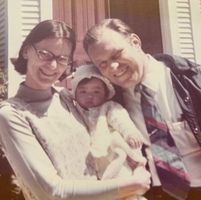 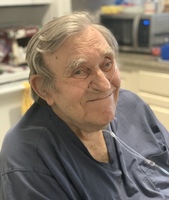