To share your memory on the wall of Susan (Whitaker) Kirtland, sign in using one of the following options:

Sue was born in Suffern, NY which is just over the border from New Jersey where she settled. After attending Catherine Gibbs Secretarial School she held several executive assistant positions in the corporate world. Sue and Lance married in 1984 and the couple chose a simpler, quieter life in Fletcher, VT where Sue developed her deep love of bird watching and nature. She continued her successful career with positions at Smugglers Notch Resort and the Vermont Farm Bureau and expressed her tremendous creativity in everything she did. Her jams and jellies were favorites both at home and at Lamoille County Field Days where she frequently took home the blue ribbon. For many years the fruits for her jams came from the family’s carefully tended garden in which she took great pride.

Sue was predeceased by her brother Eddie Whitaker and both her parents before she passed. She is survived by her sister and brother-in-law Jackie and Brian Marsh of New York, her brother and sister-in-law Ryan and Kim Whitaker of New Jersey, Eileen Musella and husband Andy from Vermont, her goddaughter Kelly Hildago, many special nieces and nephews and two of the most special four legged friends anyone could have, Onni & Buddy. She will be sorely missed by her best friend of 35 years, Laura Miller who spent a lot of time with her.

Sue’s family wishes to extend their heartfelt thanks to the Doctors and Nurses at UVMMC, and to all their friends, for all they did during Sue’s illness. The family requests that you not send flowers, but instead join the family in thanking Lamoille Health and Hospice and/or the Lamoille Area Cancer Network with a donation in Sue’s name. A private service will be held at a later date.

We encourage you to share your most beloved memories of Susan (Whitaker) Kirtland here, so that the family and other loved ones can always see it. You can upload cherished photographs, or share your favorite stories, and can even comment on those shared by others.

Posted Mar 31, 2021 at 10:22am
This photo was taken in July 2015 just before Reverend Mick Comstock retired. I knew Donna Lawrence and Sue were good friends so it made sense to photograph them together

Sue had strong faith and will be sorely missed, but is now with the Lord

Posted Mar 19, 2021 at 06:19pm
The entire staff of A W Rich Funeral Home wishes to express our deepest sympathy to you and your entire family during this difficult time.
Comment Share
Share via: 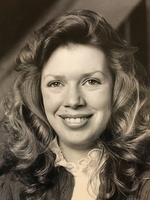 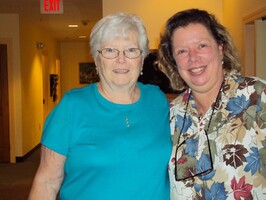