To share your memory on the wall of Diana Jean (Barbeau) St.Don, sign in using one of the following options:

Provide comfort for the family by sending flowers or planting a tree in memory of Diana Jean (Barbeau) St.Don

Provide comfort for the family by sending flowers or planting a tree in memory of Diana Jean (Barbeau) St.Don

Print
Diana Jean (Barbeau) St.Don, 86, of Burlington Vermont passed away peacefully on March 13, 2021 after a short battle with colon cancer, with her husband and family at her side.

She was born on January 16, 1935 in Burlington VT, daughter... Read More
Diana Jean (Barbeau) St.Don, 86, of Burlington Vermont passed away peacefully on March 13, 2021 after a short battle with colon cancer, with her husband and family at her side.

She was born on January 16, 1935 in Burlington VT, daughter of Arthur and Esther (Bushey) Barbeau. Diana attended Cathedral High School in Burlington.

On January 12, 1957, she married the love of her life Robert (Bob) St.Don, living in Georgia, New York and Michigan while Bob served in the Air Force until his retirement in 1972. Together with their four children, they moved back to Burlington where it all started.

Besides caring for her family, Diana worked hard for many years at Kresge’s in Burlington, Flynn Elementary School, and the Sheraton Hotel until her retirement in 1999. For many years she was a stay at home Mom, also active in the PTA.

Diana was a very talented cake decorator who proudly made both of her daughter’s wedding cakes and many more for family and friends. She taught many through her cake decorating classes. She enjoyed many activities which included sewing, ceramics and arts & crafts over the years. Diana, with her husband, enjoyed dancing, especially square dancing in which they were often the life of the party. While at Ethan Allen Residence, Diana enjoyed making flower arrangements, singing, Bingo and other activities with her husband.

Diana was a devoted mother known for her loving ways, always ready with a hug, a kiss, and often gifts to show her appreciation. She was devoted to all of her family. She will always be forever in our hearts.
Beside her parents, Diana was predeceased by her siblings, Leon Barbeau, Gloria Marvin, Paulita Lefebvre, Shirley Martin, Sharlene Adams and Linda Varney.

The St.Don family extends their sincere gratitude to the staff at Ethan Allen Residence for their care and kindness, and thank you to the Bayada Hospice team.

Services will be announced and held at a later date at the convenience of the family. In leu of flowers, contribution can be made to the Ethan Allen Residence, Attn: Mary Mougey, 1200 North Avenue, Burlington, Vt 05408. Online condolences can be made at www.awrichfuneralhomes.com
Read Less

We encourage you to share your most beloved memories of Diana Jean (Barbeau) St.Don here, so that the family and other loved ones can always see it. You can upload cherished photographs, or share your favorite stories, and can even comment on those shared by others.

Posted Mar 19, 2021 at 04:09pm
Diana was such a thoughtful and warm spirit. She gave of herself every day.Bob and family rejoice in the time she was with you/
Rick Milliken
Comment Share
Share via:
MM

Posted Mar 18, 2021 at 11:52pm
You never walk alone my friend,
Though you may think you do,
For in your sorrow and despair
God always walks with you.
There is no hour, no passing day
He is not by your side,
And though unseen he still is there
To be your friend and guide.
Whenever you think you walk alone,
Reach out and you will find
The hand of God to show the way
And bring you peace of mind.

Posted Mar 16, 2021 at 06:42pm
Bob and family, so sorry to hear of Di’s passing! She was a special lady, friend, and neighbor.
May God bless you and her. Strength and memories my friend. Hugs Diane Desautels
Comment Share
Share via:
PN

Posted Mar 16, 2021 at 10:20am
Bob & Family, I am so very sorry for your great loss. Diane was a wonderful and loving woman who always had a smile on her face, and a hug & kiss. for everyone. I feel blessed that she was in our lives. God has gained another angel. Sending love & prayers to all of you at this very difficult time. Love Pauline Niquette
Comment Share
Share via:

Posted Mar 16, 2021 at 08:38am
Dear Linda and Bill,
Sending words of comfort as you both experience the heartbreak of saying goodbye to your moms. Praying for you during these difficult days...you loved well.
Comment Share
Share via: 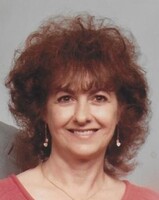 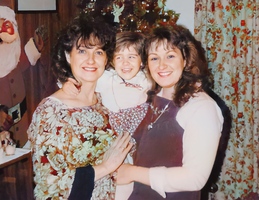 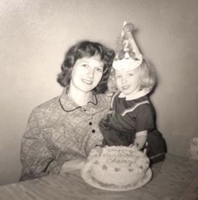 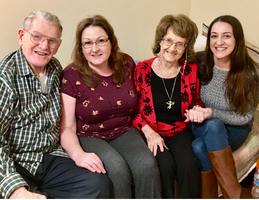