To share your memory on the wall of Timothy Tatro, sign in using one of the following options:

Tim was an active m... Read More
Timothy Allen Tatro S.R. also known as “Elvis” passed away unexpectedly at Northwestern Medical Center on March 02, 2021. Timmy was born in Saint Albans, Vermont on May 19th, 1956 to Clyde Tatro and Arlene Bonyea.

Tim was an active member of the community as a member of the Alburgh Fire Department. He enjoyed helping in any way he could. He worked for Poissant Auto for 25 years before retiring. He was a hardworking man who dedicated his life to helping anyone. He was a fun-loving guy who lived for hanging out and enjoying time with family and friends. He was married to Brenda Shedrick on August 14th, 1996 and they would have celebrated their 25th anniversary this year.

He is survived by his beloved wife Brenda Tatro, his brother Edwin Tatro, his children Matt Boomhower, Clara Tatro, Tim Tatro J.R. and Kyle Tatro, his stepchildren Jeremy Creller, Jessica Creller, Jerid Creller and his many grandchildren, nieces and nephews.

He was predeceased by his mother and father, his brother Larry Tatro and his sisters Sandra Greenwood, Brenda Mashtare and Flo Mashtare.

Per Tim’s wishes there will be no services held for him, but there will be a Celebration of Life in his memory held at the Alburgh Fire Hall on Friday March 19th, 2021 from 4:30 to 8:30 P.M.

Memorial Contributions, condolences and flowers in Tim’s Memory can be made or given to Brenda Tatro. The address is 182 South Main Street, Alburgh, Vermont 05440.
Read Less

We encourage you to share your most beloved memories of Timothy here, so that the family and other loved ones can always see it. You can upload cherished photographs, or share your favorite stories, and can even comment on those shared by others.

Posted Mar 17, 2021 at 10:13am
John & I will miss seeing you sitting on your porch or zipping through town in your motorized wheelchair. You were always helpful when I came to Tony’s for work on our car. And you always called me “dear.” RIP, Tim.
Comment Share
Share via:
J

Posted Mar 08, 2021 at 06:15am
My sincere condolences for your loss. I met Mr. Tatro Sr. when I had my first car repair work done at Poissant Auto years ago. Such a pleasant person and I could feel he truly cared for others. May he rest in peace.
Comment Share
Share via:

Posted Mar 05, 2021 at 07:37am
Dad I was the one you pick out of an older brother to be named after you, You picked me for some reason. and I am proud and happy that you did. Because you picked me...…You will always be in my heart and we will meet again I can promise that.....I love you my KING of rocken roll
Comment Share
Share via:
AH

Posted Mar 04, 2021 at 05:53pm
The entire staff of A W Rich Funeral Home wishes to express our deepest sympathy to you and your entire family during this difficult time.
Comment Share
Share via: 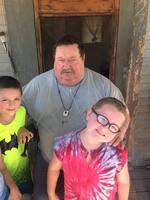 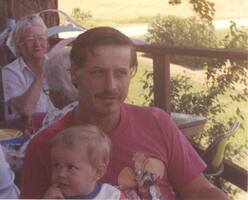