To share your memory on the wall of Keith LaFlam, sign in using one of the following options:

Services will be private and at the convenience of the family.
Read Less

We encourage you to share your most beloved memories of Keith here, so that the family and other loved ones can always see it. You can upload cherished photographs, or share your favorite stories, and can even comment on those shared by others.

Posted Mar 18, 2021 at 06:13am
To Sandy...so sorry to here of Keith's passing....I searched him out many years ago and was so glad to have found him. Our Gram, Mabel LaFlam loved him very much. My deepest sympathy. Hugs, Vicki-Lyn Cunningham MacArthur
Comment Share
Share via:
AH

Posted Feb 25, 2021 at 11:58am
The entire staff of A W Rich Funeral Home wishes to express our deepest sympathy to you and your entire family during this difficult time.
Comment Share
Share via: 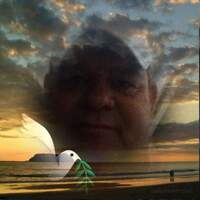