To share your memory on the wall of Daniel Treadway, sign in using one of the following options:

Daniel graduated from McCaskey High School in Lancaster, PA, where he was on the Basketball team and wrote for the school newspaper. He attended the University of Pennsylvania, the Pennsylvania Institute of Technology, and the University of Vermont. Dan had a great capacity to learn and dove headfirst into many new fields. He worked a variety of past jobs, many of which incorporated his skills in home construction. Daniel was currently employed as an Operating Engineer for the University of Vermont since 2002 and served as Steward for his union.

Daniel was married to Kathleen Treadway (née Stewart) in 1983. He was devoted to his family and considered a sense of community and how to improve the lives of others to be of high importance. Daniel was always interested in learning something new and increasing his education in multiple areas. His interests included history, music, green energy, permaculture, homesteading and self-sufficiency, to name a few. Some of the hobbies he enjoyed were chess, cooking, baking, carpentry, and following sports teams such as the Philadelphia Eagles. He was a generous and charismatic man who will be deeply missed by his family and many friends.

He was preceded in death by his parents: Daniel M. Treadway, Sr. and Joanne Treadway; sister-in-law, Bonnie Groff; niece, Lindsey Phillips; and many of his aunts and uncles.

Family and friends are invited to attend a Celebration of Life memorial service for Dan to be held on Saturday, May 1, 2021, beginning at 12pm, outdoors at his home in Westford, 1028 Old Stage Road.
Memorial contributions in Dan’s memory may be made to Very Merry Theatre, (www.verymerrytheatre.org), to the Essex Firefighters Association, (www.essexfire.com), or if you wish, you may bring a perennial plant to be included in Dan’s Memorial Garden.
Read Less

Print
Family and friends are invited to attend a Celebration of Life memorial service for Dan to be held on Saturday, May 1, 2021, beginning at 12pm, outdoors at his home in Westford, 1028 Old Stage Road.

We encourage you to share your most beloved memories of Daniel here, so that the family and other loved ones can always see it. You can upload cherished photographs, or share your favorite stories, and can even comment on those shared by others.

Posted Feb 24, 2021 at 02:29pm
I had the opportunity to work with Dan the past 6+ years at UVM. We would spend hours each day discussing work, family and sports. Dan was very intelligent and genuinely cared about all people. He was very soft-spoken and was never rattled at any of the emergencies that would arise on the UVM campus. He was someone that could always bring a little calm to the chaos. We had conversations daily about all sorts of topics, but mostly about family and friends and his family farm in Westford. In the short time I knew him I built a great admiration of him and he will be sorely missed. I hope that all the great memories folks have of Dan will help ease the pain of his loss. My sincerest condolences to all his family and friends. God Bless .
Comment Share
Share via:
AT

Posted Feb 23, 2021 at 05:57pm
Rest in peace cousin Danny. I was a little older than you but we had fun dropping in to see you all as kids. I remember we got in trouble for something, and uncle Dan wasn't happy with us. You would visit us on Charlotte St as well i remember your smile and laugh. Time flies! My Condolence's to your family and may God bring them peace.
Comment Share
Share via:
LS

Posted Feb 23, 2021 at 05:42pm
Danny, I have so many fond memories of our childhood. Iona and I were pretty much inseparable. I spent a lot of time at the house. Aunt Joanne and Uncle Danny were by far the best Aunt n Uncle anyone could ever want. You were always on the quite side. Love you all! RIP Danny. Love your cousin Lorraine.
Comment Share
Share via:
DB

Posted Feb 23, 2021 at 04:35pm
My deepest condolences to Dan's family , he will be greatly missed. I worked with Dan for eight years at UVM and it was always a joy to have a conversation with him, time would fly by on those second shifts. He was a great Eagle's fan and I was a NY Giant fan and we always talked about the games but never from the heated trash talk, always about the finer points of the game in victory or defeat. Yes Dan was awesome I was proud to work and know him.
Comment Share
Share via:
B

Posted Feb 22, 2021 at 03:15pm
I worked with Dan on second shift at UVM for many years. We talked about practically everything and joked that we could save the word if people would listen to us.. Him mostly because he was on of the smartest, genuine and good people I have ever met. He also informed me that Octoraro Orphie was the one true groundhog! I left UVM a few years ago and I have always missed having those conversations with Dan. I was truly shocked when I heard of his passing and would like his family to know they have my condolences. He was an awesome person and I know he was an even better family man. He will truly be missed.
Comment Share
Share via:

Thank you for your kind words. Dan thought very highly of you. Kathleen Treadway 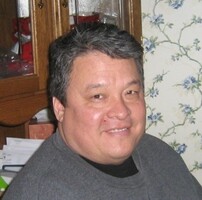 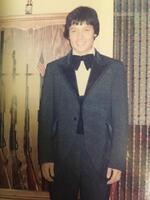 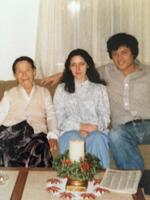 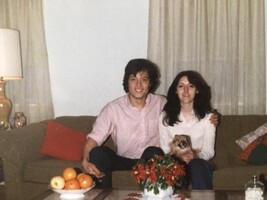