To share your memory on the wall of Richard Berthiaume, sign in using one of the following options:

Print
NORTH TROY, VT— Richard Robert Berthiaume, 79, passed away suddenly on February 8th, 2021 at his home in North Troy. He was and remains tightly held in the hearts of his family both near and far.

Richard was born on September 3, 1941... Read More
NORTH TROY, VT— Richard Robert Berthiaume, 79, passed away suddenly on February 8th, 2021 at his home in North Troy. He was and remains tightly held in the hearts of his family both near and far.

Richard was born on September 3, 1941, in Westfield, VT, the son of Thomas Berthiaume and Gabrielle (Berthiaume) Boudreau. Born on the family’s dairy farm as a first generation Vermonter he was the eldest of 7 children. Richard spent the better part of his life living along the Canadian border and the province of Quebec in the towns of Westfield, Troy, and ultimately residing in the Village of North Troy.

At an early age Richard forged his own path in life that included a lot of love and respect from all that knew him. With a strong moral center he was devoted to family, community, and country.

As a first generation American and a native French speaker, navigating a world that favored English, Richard learned early on how to persist through many challenges that he faced as a child. During his high school years, Richard left Vermont and his family for Pascoag, Rhode Island to join the Brothers of Sacred Heart. He belonged to the brotherhood and later earned a degree in English and license to teach at St. Michael’s College where he also taught for a short time as a brother.

During the Vietnam War, Richard served in the army and spent time in Bethesda, Maryland where he served in a non combat role during the war. During this time he met the love of his life, Noella Audet and married her on June 19th, 1971. They bought their home from Noella’s parents, raised their family, and lived out their lives in their home which was across the street from the Catholic church where they were married.

Richard became a well respected middle school math teacher for many years. He taught at the Troy Elementary School, the Newport Town School and later for a short time at North Country Union High School. Students valued and respected Mr. B as their teacher and always appreciated his sense of humor and corny jokes. He built strong and lasting relationships with students which were sustained years after. Many of his former students would attest that he was their favorite.

Commitment to community extended beyond being a public school teacher. Richard served as a trustee for the Village of North Troy, parishioner at St. Vincent de Paul Catholic Church, and he was a dedicated member of the Jay Peak Post #28 American Legion and served as an office holder for years. Richard and Noella enjoyed taking trips to American Legion conventions when they were young and were involved in maintaining the social networks that the American Legion provided their community.

Richard loved his family and maintained connections with his siblings both near and far. He was a proud father and would boast of his three boys at any chance that he was afforded. In his important role as Uncle R he was often cherished by his many nieces and nephews. What he cherished equally were his grandchildren. Stories of his grandchildren brought joy to his heart and a smile to his face. He celebrated and took great pride in their many achievements. Richard took great interest in their lives and looked forward to any reason to get together with family.

Rich will undoubtedly be remembered for his genuine care for the welfare of others around him. Whether that be his students, family, a neighbor, or friend...all knew that Richard would give you the shirt off his back if needed.

He was predeceased by his parents Thomas Berthiaume and Gabrielle (Berthiaume) Boudreau, his sister Pauline Berthiaume, Paulette Hamelin, Bernie Boudreau and loving wife Noella Berthiaume.
There will be no calling hours. A memorial and celebration of his life will be held at a later time.

In lieu of flowers, memorial contributions in Richard’s name can be made to the American Legion Jay Post #28, 254 Dominion Ave., North Troy, VT, VT 05859.

Print
There will be no calling hours. A memorial and celebration of his life will be held at a later time.

Posted Feb 14, 2021 at 08:22am
Jean, Dennis, Robert and Families, Our Sincere Sympathy to all. Rich was a great person always a smile and a visit when wherever you saw him. He will be missed by everyone who knew him. John & Claudette Starr
Comment Share
Share via:
LB

Posted Feb 12, 2021 at 07:01pm
We are saddened to hear of the passing of our neighbor and co-worker. I was a teacher at Troy School, and Robert was a teacher at Newport Town School. Richard was revered by his coworkers and students. Always a smile and a kind word for everyone.
Our sincere sympathies to Jean, Robert, Dennis, and family.
Leslie & Robert Bishop

Posted Feb 12, 2021 at 04:15pm
Family and siblings,
We are so sorry to hear of the passing of your father and brother. I have know Richard for many, many years, he was a very nice person and was always concerned about everyone he knew. He will be missed. Our deepest sympathy.

Posted Feb 11, 2021 at 08:57pm
Robert & family,
I was very saddened to hear about your father. So quick especially after losing your Mom & father-in-law. Hang in there. Remember all the good times. Family appeared to mean a lot to your Dad and it shows through you. If there is anything I can do please let me know. You and your family will be in my prayers.
Barbara DeVost
Comment Share
Share via:
GD

Posted Feb 11, 2021 at 08:06pm
Robert, I offer my sincerest condolences to you and your entire family. Your father appears to have been a great man that served his county, community, and mostly his family. He clearly was very proud of all of you. 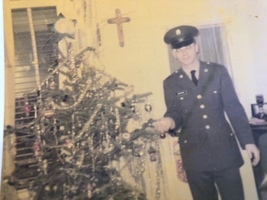 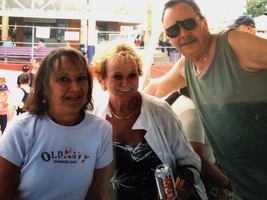 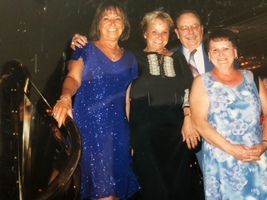 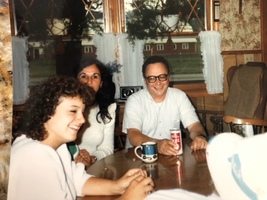