To share your memory on the wall of Steven Henry, sign in using one of the following options:

He worked masonry and construction jobs throughout his life. Steve loved spending time outdoors, cooking, traveling and spending time with his family and friends. Once you became his friend you were a friend for life.
Steve leaves behind his partner Joseph Woods, his five children Steven Roggensack, Alex Johnson Henry, Kali Richards, Max Henry and Chloe Henry, a granddaughter Delilah Faye, his brothers Randy and Peggy Henry, Jared Henry, Dennis and Tina Henry, sisters Terry Ann Henry, Laurie Kalantari, Lynn Henry Gamble and Sherry Henry, many nieces, nephews and cousins as well as a special friend Suzie Mullikin. He was also predeceased by his sister Linda LaFountain.

A Celebration of his life will be held on June 26, 2021 if the current restriction are lifted. Please visit awrfh.com to share your memoires and condolences.
Read Less

Print
A Celebration of his life will be held on June 26, 2021 if the current restriction are lifted.

We encourage you to share your most beloved memories of Steven here, so that the family and other loved ones can always see it. You can upload cherished photographs, or share your favorite stories, and can even comment on those shared by others.

Posted Feb 09, 2021 at 11:49am
To Randy and Peggy
I'm sorry to see that Steven has passed. May he RIP. Hope you're both well.
Bob Wilson
Comment Share
Share via:
JW

Posted Feb 08, 2021 at 09:23pm
I love you and miss you so much babe! Not a day goes by that I don’t think about your smile, laugh, hugs and kisses. You had the most beautiful heart and soul that I’ve ever had the privilege knowing and being with. I love you so much and I can’t wait to be with you again someday!
Comment Share
Share via:
S

Posted Feb 04, 2021 at 06:09pm
Steve u were my best friend for almost 30 years we have been through it all and together. I don't know how I'm gonna live without ur smile ur laugh.. ooh my heart hurts and I'm gonna stay in touch with ur children and family for we are family.. I love u Steven James Henry with all my heart.. fly high with the angels and watch over us all.. in gods name amen
Comment Share
Share via: 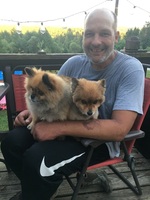 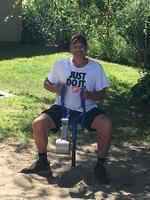