To share your memory on the wall of Marilyn Hyde, sign in using one of the following options:

Print
Colchester, VT - After a long battle with Parkinson's disease, Marilyn C. Hyde peacefully passed away at her home in Colchester VT on Jan 14, 2021 with her family at her side.

Marilyn was born November 5th, 1948, in Rutland VT, to Irene ... Read More
Colchester, VT - After a long battle with Parkinson's disease, Marilyn C. Hyde peacefully passed away at her home in Colchester VT on Jan 14, 2021 with her family at her side.

Marilyn was born November 5th, 1948, in Rutland VT, to Irene and Earl Cook.

She grew up in Pittsfield, VT and went to Whitcomb HS in Bethel. After high school, having wanted to be a physical therapist (PT) ever since she was young, Marilyn attended the University of Connecticut for two years before moving back to marry her love Paul Hyde on June 9th, 1968 in Pittsfield VT.

Less than a year later, Paul entered the U.S. Army, and Marilyn joined him in El Paso, TX where he was stationed. Upon their return in 1971, they returned to Essex Jct, VT, which they called home for almost all of their nearly 53 years together. Marilyn completed her studies at the University of Vermont, earning degrees in Physical Therapy and Zoology. She went on to practice physical therapy for the next 9 years at the Mary Fletcher Hospital.

In 1984, after the arrival of her sons Damon and Ethan, Marilyn stopped her PT work to focus on raising her family. She loved her sons, and did everything she could to assist with their goals. From ski races to soccer games, and the occasional (or perhaps frequent) help with their newspaper delivery routes, Marilyn was a dedicated mother.

Marilyn always had multiple projects occupying her free time. She loved both indoor and outdoor gardening, and maintained a large vegetable garden, multiple berry patches, and a host of flower beds and indoor plants to decorate. She enjoyed crafts, sewing, quilting, and collecting cookie jars. She was a voracious reader until Parkinson's damaged her sight. She section-hiked the VT Long Trail in the 70's, was an accomplished alpine skier, and took great joy in the family's multiple cross country camping trips. She enjoyed socializing with friends, and joined a group that met monthly for food and crafts for over 30 years.

Marilyn will be cremated, and her ashes scattered by her family in a private service. In lieu of flowers, donations in her name to “American Parkinson Disease Association Vermont Chapter” would be highly appreciated.
Read Less

We encourage you to share your most beloved memories of Marilyn here, so that the family and other loved ones can always see it. You can upload cherished photographs, or share your favorite stories, and can even comment on those shared by others.

Posted Feb 08, 2021 at 11:42am
Just learned of Marilyn's passing. It is never easy to lose our loved ones but just know that we are thinking of you all and send our love and sympathy. Tim and Ginette Stridsberg
Comment Share
Share via:
PC

Posted Jan 25, 2021 at 01:26pm
Paul, I am so sorry about Marilyn's passing. Please let me know if there is anything I can do for you or your family. pcottrel@gmail.com.
Peter Cottrell
Comment Share
Share via:
TS

Posted Jan 24, 2021 at 01:38pm
Paul, you may remember me from our biking enjoyment during the early 70’s. I’m very sorry to read of the passing of Marilyn.
I read that you two, together with your family, have had a blessing of many years together. This is indeed a blessing. May God
bless you as you go on with the countless memories you will cherish. Sandy and I are still here, being safe and healthy and blessed, in February we will have 61 years together. Our daughter, Maureen, in Florida, and our son, Mark, here in Burlington.
Sandy and I are still here in S. Burlington. I’m glad to have been your friend. Tom Sissel
Comment Share
Share via:
K

Tom, I do remember you well. The biking was a big part of my life for 12 years. Congratulations on the long marriage you and Sandy have. Our son Ethan lives on Apple Tree point. Our son Damon lives in Boston and is spending a couple weeks with me which I appreciste.
K

Tom, I do remember you well. The biking was a big part of my life for 12 years. Congratulations on the long marriage you and Sandy have. Our son Ethan lives on Apple Tree point. Our son Damon lives in Boston and is spending a couple weeks with me which I appreciste. I thank you for your kind words. Your friend Paul
JW

Posted Jan 24, 2021 at 07:50am
Marilyn was always cheerful and willing to help others. She will be missed by all her friends, She loved her family and many friends. When she was growing up, I always felt welcome when visiting her Pittsfield home. She and Paul were lucky to have each other. The kids were lucky to have such a wonderful mom.
Comment Share
Share via:
K

Our two sons and I cherish our relationships with Marilyn. The Parkinson disease is a cruel disease and started taking Marilyn away from us some time ago. We all remember fondly the many years before the disease but our hearts are broken that she is now gone.
AH

Posted Jan 22, 2021 at 04:48pm
The entire staff of A W Rich Funeral Home wishes to express our deepest sympathy to you and your entire family during this difficult time.
Comment Share
Share via: 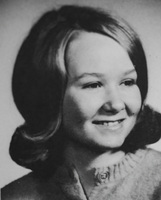 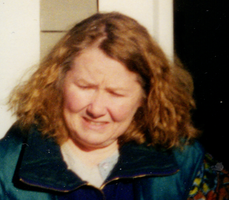 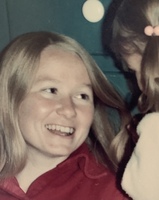 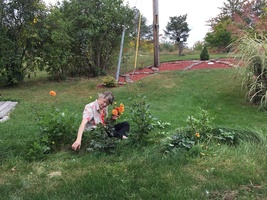