To share your memory on the wall of Nancianne Randall, sign in using one of the following options:

Nanci is survived by her Mother Lois Randall of Vergennes, VT, her daughter Courtney Lynn Randall and son-in-law Joshua Lee Mercier of Portsmouth, VA, her Sister Linda Verretta and husband Jim Verretta of Westminster, CO, their two sons Jeffrey and Jason as well as Jason’s Wife Sarah and their children, many nieces and nephews and her brother Larry Randall of Medina, NY. She is predeceased by her Father Lawrence Randall and brothers Michael Randall and Jonathan Randall.

A celebration of life will be held in June when the weather is better at a date and location to be determined. If you are interested in attending please email Courtney at CourtneyinVT@gmail.com to be notified once a date and location have been finalized. We invite all that knew Nanci to come and share a few hours with us to remember her and celebrate the truly special person that she was.
Read Less

We encourage you to share your most beloved memories of Nancianne here, so that the family and other loved ones can always see it. You can upload cherished photographs, or share your favorite stories, and can even comment on those shared by others.

Posted Jan 24, 2021 at 10:35pm
I just want to send my heartfelt condolences to the family of Nanci Randall. I worked at the gift shop with her. I was there 20 years so we worked together along time. She was a very generous,talented,thoughtful woman. It was very sad when the gift shop had to close. We all missed each other and our customers. She will be missed. My thoughts are with her family.
Comment Share
Share via:
AH

Posted Jan 22, 2021 at 04:36pm
The entire staff of A W Rich Funeral Home wishes to express our deepest sympathy to you and your entire family during this difficult time.
Comment Share
Share via: 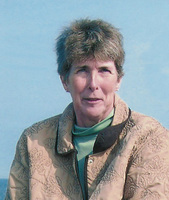