To share your memory on the wall of Edward G. \"Ted\" Von Sitas, sign in using one of the following options:

Provide comfort for the family by sending flowers or planting a tree in memory of Edward G. "Ted" Von Sitas

Provide comfort for the family by sending flowers or planting a tree in memory of Edward G. "Ted" Von Sitas

In addition to serving veterans, Ted also helped to co-coach a local youth basketball team with his brother-in-law Edward Lacroix with whom he also worked as a real estate appraiser for many years. In later days, he enjoyed traveling in his RV with his wife, the late Samantha Cleary. He also enjoyed spending time with his beloved son, Stephen Von Sitas, his daughter-in-law Katja (Gamm) Von Sitas, and two grandchildren, Kai and Blake, whom he leaves behind. Ted also leaves behind his close sister, Sandra (Von Sitas) Lacroix, his brother-in-law Ed, and their children, Kimberly, Kaaren, and Jennifer. In addition, he leaves behind three great-nieces, Stephanie and Monica Gardner, and Helen Lepionka, and two great-nephews, Nicholas and Timothy Zumbo. He will also be missed by many friends who knew him for his candid opinion on village issues, which he often communicated through his humor and wit. A private military service will be held for family in Randolph, VT. In lieu of flowers, the family asks that a donation in his name be made to the Essex Memorial Day Parade, 75 Maple St., Essex Jct., VT 05452.

Print
A private military service will be held for family in Randolph, VT.

We encourage you to share your most beloved memories of Edward G. "Ted" Von Sitas here, so that the family and other loved ones can always see it. You can upload cherished photographs, or share your favorite stories, and can even comment on those shared by others.

Posted Nov 11, 2020 at 01:21pm
Ted was my best ski bum buddie. His family would take me in on Christmas Eve when we had to work late and come in early at Bolton Valley. He moved up to Guelph, Ontario, Canada to attend the aggie university where I was studying. We shared a four-bedroom house with two other "older" students. Drew straws for the bedrooms and I got the closet! We never lost touch and when I would travel through Vermont with my children we would always stop off at his home where we were always welcome whether it was a pit sstop or an overnight stay. He was as close as a brother and when we would get talking on the phone it was as if time had stopped. I was thinking of him so much one weekend in October that I tried to call himr but his phone was out of order. As Veterans day was coming up I tried again but the same disconnect and I started having a funny feeling that something was wrong. That's when I looked up the obituaries and found out that he had passed away. I am so very sad that he didn't get to come down to New Orleans last year for a visit as we had planned. Steve, know that he was dearly loved and will be missed. I have been going through photos during the pandemic and will forward on to you those that you might enjoy. Audrey (New Orleans)
Comment Share
Share via:
RM

Posted Nov 03, 2020 at 08:02pm
Mr. VonSitas (I never could come around to calling you Ted!)...oh how you will be missed. Your infectious smile, your fun loving personality, and of course your innocent incessant poking at Steve to make me laugh ;) were just a few things I loved about you. I claimed Stevo as my ‘brother from another’ early on...so you were always stuck with us after school or on wknds popping in for snacks and you never lacked a huge smile when we walked into the Jackson Street condo. You were the “cool dad” no doubt. You will be forever missed, Mr. Von. All my love.
Comment Share
Share via:
F

Thank you for taking the time to write a memory. I don’t think that it loaded to the website unfortunately.
B

Posted Nov 03, 2020 at 07:19pm
Ed (or as I called him “Mr Von Sitas”) was like my second Dad growing up. He was always so friendly and welcoming, which is good considering I was always over the house with Steve (be it Grant street or later at the condo). He loved to laugh, which always made for good company. Even when I moved away and didn’t see him or a year or two, he’d always welcome me with a big hug and say “there’s my other son” 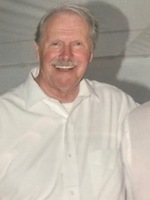 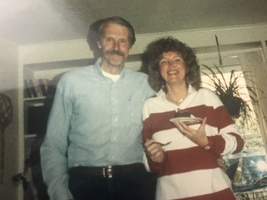 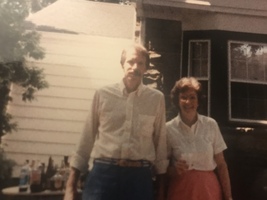 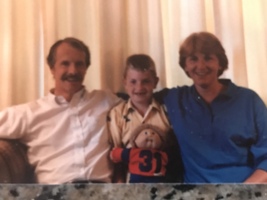