To share your memory on the wall of Milton Jacobson, sign in using one of the following options:

Print
Milton “Milt” Bernard Jacobson passed away with family at his side on October 16th, 2020, at age 90.

Milt was born on June 13, 1930 to Jacob and Mildred Jacobson in Philadelphia. Growing up, he played marbles on the sidewalk and fo... Read More
Milton “Milt” Bernard Jacobson passed away with family at his side on October 16th, 2020, at age 90.

Milt was born on June 13, 1930 to Jacob and Mildred Jacobson in Philadelphia. Growing up, he played marbles on the sidewalk and followed the news of World War II with great interest, at one point conversing with German troops being held in Philadelphia. He attended Central High School in the 190th class, where he made lifelong friends.

Having graduated from Temple University with a degree in journalism, he spent many creative years working in advertising before going back to school at Hahnemann University, where he obtained a Psychology Doctorate (PsyD). He went on to spend 20 years teaching sociology and psychology for Penn State while maintaining a private psychology practice. Upon retiring from teaching, he operated “The Glenside Store,” an antiques store in Glenside PA, where he became locally famous for posting a rotating assortment of humorous notes in the windows and for sitting outside and chatting with passers-by.

Sports was always a passion. He played baseball in the minor leagues, and, having been drafted at the end of the Korean War, became a champion of table tennis in the army. He developed a love of tennis and golf, and followed the Philadelphia Phillies, Eagles and 76ers closely.

Milt was married for over forty years to his beloved wife Merelyn, who predeceased him. He was also predeceased by his older brother, Stanton.

Services will be held at the convenience of the family at a later date. Memorial contributions in Milt’s memory may be made to Kleinlife, 10100 Jamison Avenue, Philadelphia, PA 19116.

For more on Milt, see this article published in the Chestnut Hill Local (part 1 of 2): https://www.chestnuthilllocal.com/stories/as-a-child-he-saved-lou-gehrigs-life-milt-jacobson-84-is-a-funny-youthful-treasure-chest,5483
Read Less

We encourage you to share your most beloved memories of Milton here, so that the family and other loved ones can always see it. You can upload cherished photographs, or share your favorite stories, and can even comment on those shared by others.

Posted Oct 23, 2020 at 11:52am
So many fond memories of Milt and spending time with the Jacobson family. One that immediately jumps to mind is when he first met my future wife, Heather, and in the middle of dinner he turned directly to her and asked the pointed question, "So, Heather, what's your racket?" Unused to Milt's humor, she froze for a moment until Kip jumped in to explain that his dad just wanted to know what she did for a living.

He was so quick, with such a brilliantly offbeat sense of humor. He loved to set you up with a strange question or comment and just watch you struggle to respond. The times I did manage to come back with a funny response, Mrs. Jacobson - or Dr. J, himself, if I were lucky - would congratulate me with a spirited, "Good one, Brian!"

What I will miss most about Dr. J is what I miss most about his lovely wife and spending time at their home - all the times we spent laughing together. If you entered their house, you were immediately treated as family - which meant you had better be on your toes when you were speaking with Milt! Laughter was the currency of the Jacobson household and it was readily given and received Anyone who was lucky enough to spend time with Milt and Merelyn was richly rewarded!
Comment Share
Share via:
LK

Oh...wow, Brian. Thank you. Thank you so much for sharing your memories.❤️
GK

Posted Oct 21, 2020 at 09:23pm
I was so sorry to read that your father Milt had passed away. He was near and dear to our hearts at KleinLife.

I first met him when he walked in, observed the program for a while, then came up to me and said he wanted to be on the calendar to make a presentation! I asked what the topic would be, after getting his name, and he said “Milton Jacobson’s Philosophy of Life!” I laughed and found a date on the calendar a few months ahead, and wrote it down for him on a KleinLife newsletter. After he left I found the newsletter on the table.

Fast forward to that date, and we had not seen him in between. As it happens, I also copied his phone number incorrectly, so I could not even confirm a few days in advance. Wouldn’t you know it, in he walks at the right time and date! He proceeded to give a great talk on his philosophy of life, giving much credit to Barbara Gershkow, his friend and neighbor who sat glowing in the front row.

From then on he came to us regularly, and made good friends with a crowd at a particular table. They included some opinionated gentlemen, who loved to talk loudly over whatever program was taking place at the other end of the room. He will be sorely missed by all whenever the day comes that we can safely gather together again. 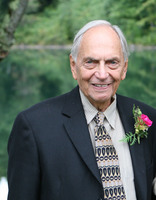 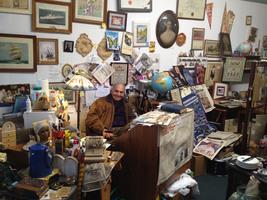 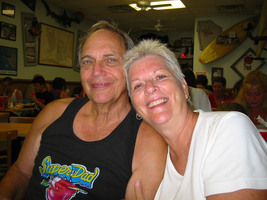