To share your memory on the wall of Helen K. (Kelley) Kinsley, sign in using one of the following options:

Provide comfort for the family by sending flowers or planting a tree in memory of Helen K. (Kelley) Kinsley

Provide comfort for the family by sending flowers or planting a tree in memory of Helen K. (Kelley) Kinsley

Print
Helen K. (Kelley) Kinsley, 92, passed away at home in St. Albans with her family by her side on Saturday, October10th, 2020. She was born on July 8, 1928 in Enosburg Falls, daughter of the late Roy and Della (Ploof) Kelley.

She attend... Read More
Helen K. (Kelley) Kinsley, 92, passed away at home in St. Albans with her family by her side on Saturday, October10th, 2020. She was born on July 8, 1928 in Enosburg Falls, daughter of the late Roy and Della (Ploof) Kelley.

She attended school in Underhill when her family moved to a farm on Route 15 and after finishing high school went on to study cosmetology.

She married Perry Kinsley Jr., of Jericho on September 13th, 1947 and they built a house in the Riverside area of Jericho with a spectacular view of Mt. Mansfield. She operated a home beauty salon for many years and at one point taught a kindergarten class there. There were sheep grazing in a next door pasture and we kindergarten kids invariably had to have our turn getting bit by the electric fence. In those years you learned a lot of things by experience which continues to be one of the best means of education.
She was devoted to her home and family and she and Perry lived in the Riverside area of Jericho until 1967 when Perry’s job took him to Newport Vt. for a year. They then lived in Jericho on the Governor Peck Road before moving to St. Albans in 1983. After Perry retired they became snowbirds and spent many winters in Florida.

Helen’s passion was cooking and trying new recipes. She often even cooked special treats for birds and other wildlife. She was an avid reader, and a talented flower grower, taking many prizes every year at the Champlain Valley Fair for her roses and floral arrangements when living in Jericho. After moving to St. Albans Vt., she specialized in and sold hybrid daylilies as well as vegetables for many years. She took great pride in her Vermont and Florida homes, doing much of the up-keep herself simply because she got great enjoyment from it.

Per Helen’s wishes there will be no calling hours. Inurnment will be at a later date in a private ceremony at the Underhill Flats Cemetery. Memorial contributions in Helen’s memory may be made to the American Heart Association or the Humane Society of Chittenden County.

The family invites you to share your memoires and condolences by visiting awrfh.com
Read Less

Print
Per Helen’s wishes there will be no calling hours. Inurnment will be at a later date in a private ceremony at the Underhill Flats Cemetery.

Donations are being accepted for:
American Heart Association Humane Society of Chittenden County

We encourage you to share your most beloved memories of Helen K. (Kelley) Kinsley here, so that the family and other loved ones can always see it. You can upload cherished photographs, or share your favorite stories, and can even comment on those shared by others.

Posted Nov 06, 2020 at 08:18pm
Deborah and family,
Your mom was a wonderful neighbor and friend. We will miss our coffee and visit times. We know she is at peace. We miss her.
Sincerely,
Maureen and Bernadette
Comment Share
Share via:
S

Posted Oct 20, 2020 at 08:04pm
In remembrance of my ever loving grandmother. Helen Kinsley
From a very early age, I have wonderful memories of my grandmother. She always made it a point to make sure I did not leave her house hungry. We enjoyed over the years going out to breakfast and talking about life, family, history and some gossip on the side. She loved to have me sit and listen to Grampa's stories and would get a good laugh out of the parts that he would embellish. Helen taught me the value of hard work and how to make something last. I will miss you dearly and you will always be in my thoughts and prayers.
Your loving grandson Scott

Posted Oct 20, 2020 at 06:18pm
My grandmother was amazing. I remember being a little girl going to grandma's house. I was dropped off early morning excited for a day with gram. A day with gram was many things hiding candy from grandpa, feeding raccoons, going to the bakery for a pink pig cupcake and spinning on the stools, some days we painted nails. I loved to pick out polish from her dresser. Gram had plastic pop beads that I turned into beautiful pearl necklaces. Spending the night was fun , her house on gov. Peck road had a room we slept in with a big bed and mini orange tree. I used to wonder how she could grow mini oranges inside. She would pick me special roses and I loved to go and see what color would be awaiting my arrival. She made many pairs of mittens that kept my hands warm through the winters in Vermont. Her memories will always be with me. She took care of her family and will forever be loved in my heart.
Comment Share
Share via:
A

Posted Oct 20, 2020 at 01:50pm
My Mother was the most selfless person I ever knew. She spent a lifetime focused on her home and family, always looking for ways to make the lives of her children and husband better. She dearly loved to cook and feed anyone and everyone who crossed her path.

I, like my Sister Debra, have a lifetime of memories to recall. The trips to camp were especially memorable and something we looked forward to each year, us three kids sandwiched into the backseat alongside a rabbit, a guinea pig and our rather large dog. All of the animals we ever owned were treated like royalty. My Mother would never have considered leaving them behind to be cared for by anyone else. It’s doubtful that any trip to camp was any vacation for Mom, but nevertheless she made it fun.

I can barely remember our year in Florida as I was only one or two years old, but the pictures from that time served as a visual time capsule of what I had missed. I was told that seeing snow falling on Panama City Beach that winter was something to behold. To this day I believe that experience has something to do with my dislike of winter and my love of old Florida.

I remember the two abandoned kittens that joined our household as a result of my Father’s trip to deer camp one year. My Mother was a push over for any animal in need, so they quickly became our new pets. My Mother had a little set of stairs built to the upper deck on our house so those kittens would have a means to escape any wild predators they might encounter. She delighted in seeing them quickly learn the new
drill. How they loved to sun themselves there in the winter without the need for wet paws.

Her talents as a seamstress were enviable. She made me more dresses than I can count, including my wedding dress. All I had to do was describe what I wanted, and it appeared, no pattern necessary.

Poor health in her later years really kept her from being the vital person she wanted to be. I take comfort in the belief that she is finally at peace. Her family is grateful for the lifetime of memories she left us with. She will be sorely missed.
Comment Share
Share via:
DK 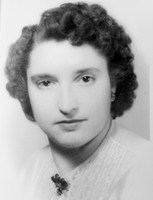 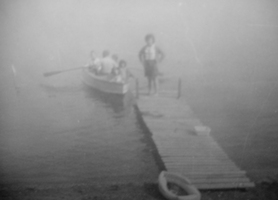