To share your memory on the wall of June Margaret (Lang) Whitney, sign in using one of the following options:

June graduated from Westborough High School in Westborough, Massachusetts in 1952 and was voted the ‘best dancer’ in her senior class. She enjoyed gardening and was a Boston Red Sox, NE Patriots, and Boston Bruins fan.

June was very involved in the Senior Center in West Brookfield, Massachusetts and was instrumental in getting the Senior Center built. She was an incredible avid reader and read novels all her life; a minimum of 100 pages/day. June was an excellent cook and a big cat lover. She painted many unique oil paintings which were divided up to many family members and friends. June completed the crossword puzzle every day in the newspaper, the mixed jumble words and the daily joke. She had a great sense of humor, a beautiful smile, a generous spirit and absolutely loved everyone. Every year, June would never forget anyone’s birthday in the whole family and they would always receive a birthday card.

June was predeceased by her parents, her son Robert Andrews, her sister Lois Straw, and her brothers-in-law William Chase and Richard Straw.

A memorial will be held sometime in 2021. This will be announced at a later date.
Read Less

Print
A memorial will be held sometime in 2021. This will be announced at a later date.

We encourage you to share your most beloved memories of June Margaret (Lang) Whitney here, so that the family and other loved ones can always see it. You can upload cherished photographs, or share your favorite stories, and can even comment on those shared by others.

Posted Oct 08, 2020 at 10:05am
Dear Wendy ,Everett, Sara, Adam, Jill, and all the rest of your family.
I was surprised today when I opened up the paper and saw your mom's and grandmother's and great grandmother's
obituary. I had no idea that she was sick. I remember meeting her a couple times when I was
at camp with you guys. I am pretty sure there was one time that she actually came out with us fishing. I do miss those
days and it seems like forever since I have been up there. I am pretty sure that I was able to see her when she came to visit from FL. at your house. From what I remember about June was that she was a very nice lady and was fun to be around. So I would like to extend my personal condolences and prayers to everyone in your whole family. God be with you as you all go through this time of grieving and loss. If there is anything that I can do for you guys, you know where to find me. May God give you His strength to get you through all that you need to go through.
Take Care
Jane Weiss 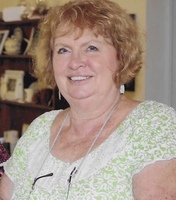